It took 16 years to build consensus to shepherd the Goods and Services Tax bill through the upper house of Parliament. Indian states' fears regarding loss of their tax-raising ability and revenue had to be assuaged by the Centre. It was a good example of "cooperative federalism" at work. So one wonders why New Delhi does not display the same openness and transparency in its free trade negotiations.

Look at it this way: the GST replaces a multitude of indirect taxes with a single rate and creates a unified internal market for the smooth flow of goods and services within India. Trade negotiations aim to create the same conditions with other sovereign nations. Both are economic issues with significant national impact. So how is it that New Delhi engages in extensive consultation with states on GST and shuts them out on free trade negotiations?

GST was a good example of "cooperative federalism"... So one wonders why New Delhi does not display the same transparency in its free trade negotiations.

The free trade agreement (FTA) is the Regional Comprehensive Economic Partnership (RCEP), which is one of the world's largest potential FTAs. It is being negotiated between India, the 10 member-ASEAN, China, Japan, South Korea, Australia and New Zealand. It will have a combined population of 3 billion, a GDP of $17 trillion and 40% of global trade.

A letter from Kerala's Agriculture minister V.S. Sunil Kumar to the Central government highlights apprehensions about the RCEP. The letter pleads with Commerce Minister Nirmala Sitharaman to "protect the livelihood security" of Kerala's farmers while negotiating the Regional Comprehensive Economic Partnership (RCEP) "at any cost". It further adds that state governments must be consulted on matters regarding categorization of agricultural commodities and fixing of import and export tariffs. Finally, the letter states that Kerala is interested in consultations on the tariff structures of rubber, coconut, tea, coffee, spices, cashew, dairy and seafood.

Some historical context is needed to understand the letter from Kerala.

In 2009, a 500km-plus human chain stretched across the length of Kerala. It was the culmination of vehement opposition in the state to the India-ASEAN FTA. Then chief minister Achuthanandan wanted an assurance from the Centre that Kerala's agricultural produce wouldn't be harmed by cheaper imports. New Delhi gave oral assurances and went ahead and signed the deal anyway.

As Sunil Kumar's letter makes clear, tariff concessions on the import of palm oil, tea and pepper caused distress to Kerala's small and marginal farmers. There are reports that rubber, spice and coconut oil prices collapsed due to Southeast Asian imports. Kerala pepper had to compete with cheaper Vietnamese varieties while coconut oil had to compete with Malaysian palm oil.

Fast forward to the present. India is negotiating a trade deal that will bind it to Asia Pacific's manufacturing and agricultural powerhouses. No one, least of all the states who bear the actual consequences, has a clue about what is being negotiated, the tariff lines being conceded, the products in the negative list, and what sectors and states will be affected.

No state government has been asked and neither has the Centre produced any papers regarding the costs and benefits, K.M. Gopakumar of the Third World Network said at a BRICS consultation in New Delhi organized by Oxfam India and others in July.

Just to be clear, this is not only about Kerala. All states in India are equally affected. From the perspective of the other South Indian states, milk and cereals from Andhra Pradesh, Telangana and Tamil Nadu, coffee and rice from Karnataka and seafood products from all the coastal states could take a hit. Manufacturing states such as Maharashtra and Gujarat could have to compete with manufactured goods from China. Other sources of potential competition are dairy products from New Zealand and Australian wheat.

Some awareness about the potential negatives of RCEP for the state's farmers is gathering momentum in Kerala, which has a voluble tradition of debate and is home to the most argumentative Indians. This has to be viewed in the context of the opposition to the India-ASEAN FTA.

Democratically elected politicians... are reduced to writing letters to trade negotiators pleading for a voice in economic processes that affect their constituencies...

A lack of investment in Indian agriculture has rendered it uncompetitive internationally. India faces stiff competition from Vietnam and Indonesia in coffee and Thailand and Myanmar in rice. Kerala Thailand, Indonesia and Malaysia are among the world's largest rubber producers. Cheap imports of coffee, rubber and fish have flooded Kerala's markets.

A case in point is pepper. Vietnamese pepper has a huge price advantage and the nation is more efficient at growing the spice than Kerala. The tragedy is that the pepper seeds that travelled to Vietnam originally went from Kerala! The Southeast Asian nation has since become the largest producer of pepper in the world, accounting for 34% of the world's production.

A history of the India-ASEAN FTA is instructive to try and figure out how the RCEP will pan out.

The intention was to reduce tariffs on a majority of traded goods and increase market access to each other's products. However, since the ASEAN nations are largely export-oriented economies, while India's is largely consumption driven, the Southeast Asian nations enjoyed much greater access to Indian markets than the other way round.

Apart from the tedious minutiae of global trade negotiations, there are deeper questions involving democracy and popular legitimacy. Slavoj Žižek frames the issue as "the permanent plebiscite of global markets" to the "plebiscite of the ballot box", with sovereign states increasingly opting for the former at the expense of the latter.

Žižek argues in the essay that the key decisions concerning the economy are negotiated in secret so that finance capital is unencumbered. The same process shrinks the space for decision-making by democratically elected politicians, who are reduced to writing letters to trade negotiators pleading for a voice in economic processes that affect their constituencies, but in which they have no say.

This is the real meaning of the letter from Kerala. 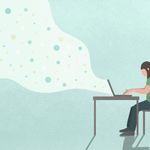 Boris Johnson Awake And Breathing Without Ventilator In Intensive Care, Says No.10

GST Reform Came From Consensus, So Why Are Free Trade Negotiations Shrouded in Secrecy?

India Must Promote Transparency In BRICS By Engaging Civil Society

Welcoming Back Kanhaiya: An Electric Night And A Milestone For India

The Cartography Of An Anti-National Crime Just Outside JNU Walls