"Even before the Army, the police or anybody from the civil administration could reach us, we were rescued by locals who risked their own lives to save us, death was imminent as the water level continued to rise and the rain did not stop. We thought that we were going to die, it was only when some young men came in a boat to rescue us that we took a sigh of relief," said a non-Kashmiri student who was rescued last year during the Kashmir floods.

Nobody asks for a price for an act of kindness, but if such an act is reciprocated by mistrust, hatred and a blow to one's self-esteem, it will surely hurt. Kashmiris have a long history of kindness and sacrifice, and at a time when everybody was more interested in his/her own security, many Kashmiris defied the 'others' and stood up for the integrity of India. Not fearing for their lives, they raised pro-India slogans in public and tried to persuade people against the idea of cessation.

Today, there is another hate campaign going on. Some with vested interests, and who have never bothered to do anything to safeguard the integrity of the nation in the militancy years, are making tall claims about nationalism and are trying to befool the people that they are the only patriotic outfits. The people of Kashmir have become the object of repression. True, a vast number of them had come out in support of the demand for 'Azaadi', but there was an equally strong majority of men and women who loved India and who remained faithful to India, but now they too are being looked down upon as anti-nationals and are being subjected to everyday humiliation and rant.

The rise of communal forces is the beginning of the end of our long history of shared aspiration, shared struggle and shared values of harmony, peace, and brotherhood.

Jammu and Kashmir has been a symbol of communal harmony and brotherhood since time immemorial, but perhaps, not any longer. The RSS is making every effort to put the Hindus against the Muslims, Kashmiris against Non-Kashmiris, and they are also attempting to revise the very tenet of Hinduism from one of tolerance to that of rabid inclusivity. They sowed these seeds of hatred right in 2008 during the Amarnath Land row. It was a time of Jammu versus Kashmir, and the Muslims in Jammu for the first time felt cornered in their own homes. The right wing groups were creating a false impression that Muslims were rejoicing the cancellation of the land granted to the shrine board. It was not true. Most households in J&K are apolitical. In fact, politics does not form the predominant discourse when families sit at leisure and talk. But the general bonhomie could not be muted by the radicals. In Jammu, Hindus visited their Muslim neighbours enquiring if they were safe and similarly in Kashmir, Muslims did the same. They wanted to send out the message that even at the time of the communal violence, they stood united; it was not forced. None of the Muslim or Hindu households were torched despite the hate mongering by RSS and its allied groups. During the 1990s, the Muslims in Jammu region were targeted but they refused to join the armed conflict. The Muslim youth stood by their nation. But their patriotism was not acknowledged by right-wing groups who always incite Hindu youths to view them as the 'others'. The Hindu brethren also showed a remarkable resistance to the Hindu fringe elements.

Slowly, however, this culture of tolerance has begun to erode and now as the events at the National Institute of Technology (NIT), Srinagar is taking an ugly turn with every passing day, I would like to request the media fraternity to act responsibly. As J&K is a sensitive state, the media groups that are making provocative statements should refrain from spreading tension and help ensure a peaceful atmosphere in the campus. People of all sections of society should come forward to douse the flames emerging out of it. It is the responsibility of all.

The issue can only be resolved through dialogue and peace, and not by questioning each other's patriotism and spreading hate.

BJP must be held responsible for waging war in Kashmir and causing controversies over and over again. This is an old tactic used by them to hide their shortcomings by diverting the minds of common masses from genuine issues. What is most worrying is that BJP leaders are threatening Kashmiri students all over India on the pretext of retaliation for NIT. Students need to assure each other of mutual goodwill and show the willingness to keep each other safe. The issue can only be resolved through dialogue and peace, and not by questioning each other's patriotism and spreading hate. Ever so often, Kashmiri students studying outside J&K are being harassed and targeted by goons, which speaks volumes of tolerance and harmony prevailing in India. This, in turn, has forced some youth of J&K to turn to 'gun-culture'.

The peace which was prevailing in J&K due to the rigorous and continuous efforts of secular forces has systematically been destroyed during this regime and the valley is again on the boil thanks to incompetent rulers. The bond and the trust, which had tied up the aspirations of Kashmiri people with the rest of India ever since independence, is now being destroyed by the present government. The rise of communal forces is the beginning of the end of our long history of shared aspiration, shared struggle and shared values of harmony, peace, and brotherhood. It is time people see through the RSS's tricks and denounce its politics of hate. Jammu and Kashmir is the confluence of varied cultures - Dussehra, Eid Milan, Ravan Dahan, Deepawali, all have long been celebrated together, making a grand spectacle of oneness. Let the vested groups not undo our inherent social fabric. 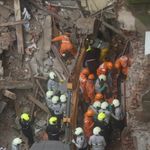 Modi Is All Talk And No Show, And Indians Are Wising Up

'An Era Of Darkness': Shashi Tharoor's Book On The Raj Invokes The Dark Forces Of Today

My Fellow Kashmiris, Do Not Let A Small Faction Destroy Years Of Camaraderie

The Padma Bhushan Is An Honour That Exceeds Your Talent, Mr Kher