At least 58 people were killed in Japan after Typhoon Hagibis swept through the country, bringing record rainfall and widespread flooding that caused rivers to overflow and levees to burst.

Hagibis was the worst storm to hit the country in decades and authorities are still combing through debris looking for survivors. Japan’s public broadcaster, NHK, said Monday that more than 10,000 homes were flooded and about 900 were destroyed or partially damaged. At least 15 people were still missing Tuesday and more than 200 were reported injured by the storm.

Recovery efforts were just beginning on Monday after Hagibis first made landfall on Saturday. About 138,000 homes were without water and 34,000 still didn’t have electricity, according to Kyodo News. That blackout could last for at least another week in some areas.

“There are concerns that the impact on lives and economic activities may persist,” Japanese Prime Minister Shinzo Abe said at a disaster relief meeting, according to the Japan Times. “We will respond as best we can as we continue to think about those who are suffering.”

The typhoon brought unprecedented rain, and some regions saw up to 40% of their annual rainfall come in just one weekend, officials told NHK. Some areas were hit by more than 3 feet of rain in just 24 hours, which caused widespread flash-flooding.

More than 200 rivers overflowed their banks, according to Japan’s Ministry of Land, Infrastructure and Transportation, and at least 52 levees collapsed due to the surging waters.

The Washington Post said that Hagibis was particularly damaging because its pathway put the storm over heavily populated regions in Japan for a short time, allowing its strong eye to retain its intensity for a longer period than usual. The massive storm initially approached Japan’s equivalent of a Category 5 hurricane but made landfall as a Category 2 before weakening to a Category 1.

“This track enabled Typhoon Hagibis to continue to tap into energy from the oceans and weaken at a slower rate than other storms do when they hit Japan,” the Post’s Andrew Freedman noted.

Reuters reported Monday that thousands of police and fire officials were continuing to search for anyone trapped or injured by the storm, but hopes were diminishing that those missing would be found alive.

About 30,000 people were in evacuation centers as of Tuesday morning, according to The Associated Press. 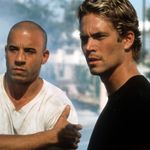