Update: Prime Minister Narendra Modi and West Bengal chief minister Mamata Banerjee went on an aerial of the districts of the state that were affected by cyclone Amphan.

Cyclone Amphan left a trail of destruction in West Bengal with at least 80 dead in the state. Even as the state began relief efforts, chief minister Mamata Banerjee said Bengal “stands united in times of crisis”.

Meanwhile Prime Minister Narendra Modi announced that he will do an aerial survey of the affected areas along with Mamata Banerjee.

Modi said that “no stone will be left unturned” in helping the people of Bengal.

NDTV reported left a destruction to the tune of Rs 1 lakh croree.

According to the latest reports, 80 people have died in West Bengal because of the cyclone.

Anandabazar Patrika reported Banerjee as saying that 19 people died in Kolkata and 61 in other districts.

The report said the state has also allocated Rs 1,000 crore for relief efforts and Banerjee directed that each penny needed to be spent judiciously given there was a Covid-19 crisis happening simultaneously.

Banerjee announced that a compensation of Rs 2 lakh will be given to the family members of each of the deceased.

“Cyclone #Amphan has left a trail of devastation beyond our thoughts. While the material damage is substantial, Bengal stands united in this time of crisis. Together we will overcome this because nothing can dampen the spirit and strength of the people of Bengal,” Banerjee said in a tweet on Thursday.

Cyclone #Amphan has left a trail of devastation beyond our thoughts. While the material damage is substantial, Bengal stands united in this time of crisis. Together we will overcome this because nothing can dampen the spirit and strength of the people of Bengal.

Reports said that Prime Minister Narendra Modi and chief minister Banerjee, who don’t really see eye-to-eye on most things, will carry out a joint aerial survey of the affected areas in Bengal.

An state government official was quoted by The Telegraphas saying, “They (Modi and Mamata) will make an aerial survey of the worst-hit areas. The chief minister was earlier slated to visit these areas on Saturday but the schedule has changed as the Prime Minister has agreed to come.”

Banerjee had earlier appealed to PM Modi to visit the state.

Reports had said Modi will reach Bengal in the morning and then Odisha in the afternoon for the aerial survey.

While the Centre is usually harshly critical of the West Bengal government, Modi said in tweets that the country “stands in solidarity” with Bengal.

The Centre has not yet announced any relief funds towards the damages in Bengal.

Have been seeing visuals from West Bengal on the devastation caused by Cyclone Amphan. In this challenging hour, the entire nation stands in solidarity with West Bengal. Praying for the well-being of the people of the state. Efforts are on to ensure normalcy.

NDRF teams are working in the cyclone affected parts. Top officials are closely monitoring the situation and also working in close coordination with the West Bengal government.

No stone will be left unturned in helping the affected.

Amphan has wreaked havoc in the state with leaving thousands homeless and causing immense damage.

PTI reported that this was the fiercest cyclone to hit West Bengal in 100 years. It destroyed mud houses and crops, and uprooted trees and electric poles. It also wreaked havoc in Odisha damaging power and telecom infrastructure in several coastal districts. Odisha government officials estimated that the cyclone has affected around 44.8 lakh people in the state.

North and South 24 Parganas, Kolkata, East Midnapore and Howrah were the worst hit by the storm.

The death toll included 17 from North 24 Parganas, 15 from Kolkata, 10 from Basirhat and four from the South 24 Parganas-Sunderban region, officials said.

Senior officials of the West Bengal government told PTI it was too early to estimate the exact death toll or damage to property as the worst hit areas were still not accessible.

In Kolkata, hundreds of cars were overturned in the strong winds with speed up to 125 kmph that also felled trees and electricity poles blocking key arterial roads and intersections. Large parts of Kolkata and other affected districts went without power.

Mobile and internet services were also disrupted as the fierce cyclone had damaged several communication towers. Residents recalled “living through hell” for six hours as the winds howled incessantly.

Windows buckled from the pressure of the storm, cars floated on water logged roads, bumping against each other. Parts of air conditioners were flying around like missiles.

Buses and taxis crashed against each other, small fishing boats turned turtle and grounded planes shook at the inundated Kolkata airport.

In several shelter homes in the affected districts, people were seen jostling for food and shelter ignoring the social distancing norms due to the COVID-19 pandemic.

More than five lakh people were already evacuated to safety by the state government.

Kolkata Mayor Firhad Hakim said more than 14 lakh people in the city are living without electricity since Wednesday night.

“The entire city has been devastated. Around 4,000 trees have been uprooted in Kolkata. We are short of staff due to the Lockdown. It will take some time to restore normalcy,” Hakim said.

Packing heavy rain and winds with speeds of up to 190 kmph, the cyclone barrelled through coastal districts of North and South 24 Parganas of Bengal and Odisha on Wednesday unleashing copious rain and windstorm.

Streets and homes in low lying areas of Kolkata were swamped with rainwater.

Embankments in Sundarban delta - a UNESCO site - were breached as the surge whipped up by the cyclone inundated several kilometres of the Island.

Four jetties in South 24 Parganas also collapsed on Wednesday night due to the storm.

According to the state agricultural department, paddy crop in districts of Burdwan, West Midnapore and Hooghly has been completely destroyed due to the savage cyclone.

No water, no power; mobile and internet services affected

Bengal saw a massive power outage with thousands of electricity polls uprooted in the state.

Mamata Banerjee said that restoring power would be one of the top priorities of the government.

“In so many places, cables have been torn, poles have fallen, just randomly. There are accessibility issues… safety issues as well. But it has to be done as promptly as possible,” Banerjee was quoted by The Telegraph as saying.

The power outage and fibre cuts also disrupted telecom connectivity in the state with Kolkata, North and South 24 Pargana districts of West Bengal being particularly affected.

Industry players told PTI that still around 70% of the telecom network in the worst affected areas was working and around 85-90% of the connectivity would be restored by Friday evening.

“There has been very minimal impact on telecom towers. Major problems have been fibre cuts due to felling of trees that has led to some disruption and power outage has made the situation challenging,” industry body COAI Director General Rajan S Mathews said.

Mobile towers are connected to each other through optical fibre cables and any damage to them leads to the breakdown of the network.

The cyclone-hit areas have around 8,500 mobile towers on which around 36,000 base stations of different operators run.

According to Tower & Infrastructure Providers Association(TAIPA), both Airtel and Vodafone Idea have been asked to get 1,000 sites working in the next 24 hours by the Department of Telecommunications Secretary Anshu Prakash, the PTI report said.

Water supply was also was affected in many areas because of lack of electricy and damaged caused to supply lines.

An official in Haldia told The Telegraph, “Water supply has taken a hard hit as well because a lot of municipality-run supply lines were severely damaged,” said an official in Haldia, adding that several parts of the town were experiencing low water pressure.

Bengal’s neighbour Odisha, where more than 45 lakh people have been affected by the cyclone offered help to Bengal.

PTI reported that Patnaik directed the chief secretary to remain in touch with his West Bengal counterpart and ensure all possible assistance to the neighbouring state, an official statement issued by the chief minister’s office said.

“The people of Odisha stand with the people of West Bengal at this hour of crisis,” Patnaik said. 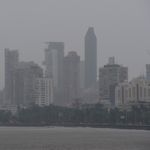