Hundreds of thousands have experienced it.

Days without food and water. Scorching temperatures. Difficulty finding shelter. Sound like a life or death situation? Well it sort of is, because you're attending a music festival. While festivals can be an insane party with 60,000 of your best friends, they can also become a living hell of sweat, grime and body odor. Just in time for Coachella 2014, here are the 23 reasons why America's much-hyped music festivals can actually be the worst.

1. Solving the lineup puzzle before you attend the festival is impossible. 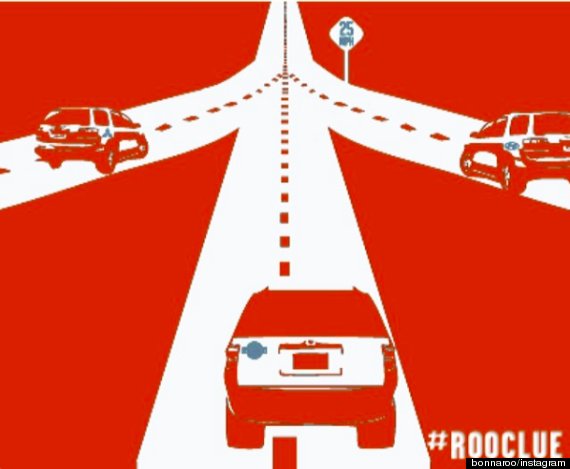 Releasing clues like this doesn't make it easy to guess what the lineup will be. "Hey, Instagram followers! We're just gonna post an obscure picture of a band's artwork, so you can go crazy for the next 15 hours trying to figure out who will be playing!" No thanks, just give us the lineups please. 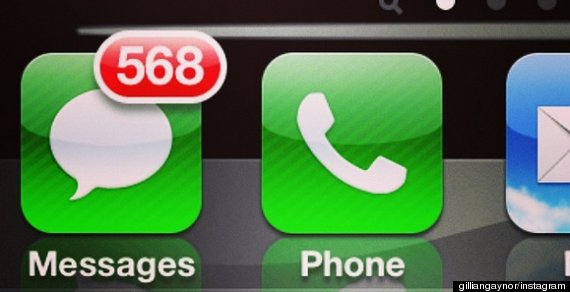 Once you've gotten over the fact that you're investing most of your life savings into one purchase, rounding up friends becomes the next challenge. Enjoy those wasted work days of group messaging, Facebook messages and threads that reach 200+ emails... and then deal with collecting money.

3. Just getting to the festival is a struggle.

You just dropped $400 on a festival ticket, but now you have to buy a plane ticket, rent an RV and figure out which friend is going to "volunteer" to drive everyone to the obscure festival location. Oh, and good luck fitting everyone's luggage in the trunk.

4. You will immediately lose all of your worldly possessions. 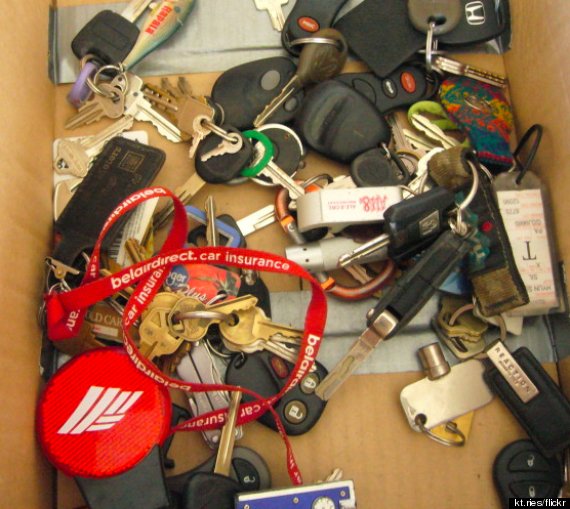 5. Your quest for food is reduced to scavenging. 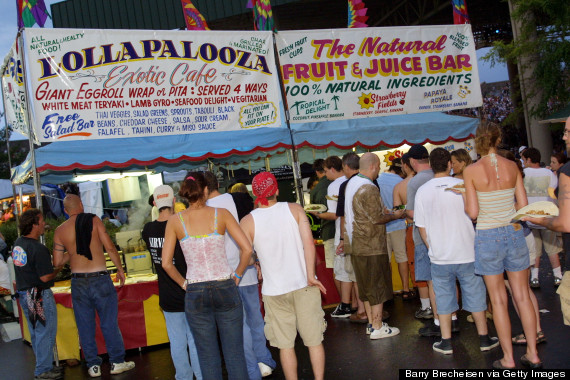 How do you pack fresh food for a three-day festival? You don't. Those Doritos and granola bars you packed will disappear by the time you arrive at the venue, and you'll most likely spend your life savings on festival food.

The price fluctuates based on the gold standard (we assume), but you can easily secure a bottle by trading your first born or one of your vital organs once you make it to the water station. Seems reasonable.

7. Your phone battery will die at the worst possible time.

Your phone will never be charged enough for the all the Snapchats, Instagram pics, real pics, videos and "muploads" you want to take. Is your favorite band about to take the stage? Congratulations, your battery just died.

8. You will never look as Instagram-worthy as you think you do. 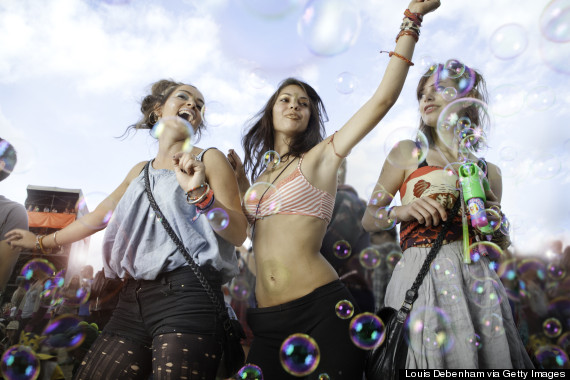 Celebrities always seem to make music fests their boho-chic runways. But your plans on gracing Instagram in that adorable skirt, crop top and floppy hat are foiled when you discover your hair has turned into one giant dreadlock, your body is as red as the surface of Mars and your face is oilier than a BP spill. And that fringe skirt? Destroyed by mud.

9. Committing to your favorite band means sitting through five acts you don't know. 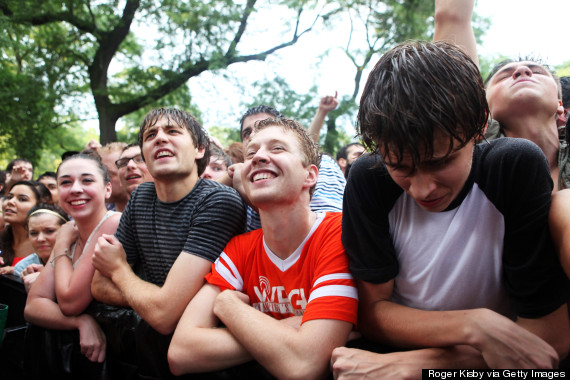 You and your friends are only at the concert to see one band -- the same band that you've followed since 7th grade. The only problem? You have to sit through six other acts without letting go of your friend's hand or you'll lose her forever, and most of the time the other acts aren't even that good.

After the sun is done destroying your body in every way possible, get ready for the cool desert nights to set in. Your day sweat will turn to icicles just in time for you to shiver yourself to sleep in the front seat of your car or whatever patch of grass you end up passing out in after a 4am set.

11. You will beg for rain to relieve you, then immediately curse its presence. 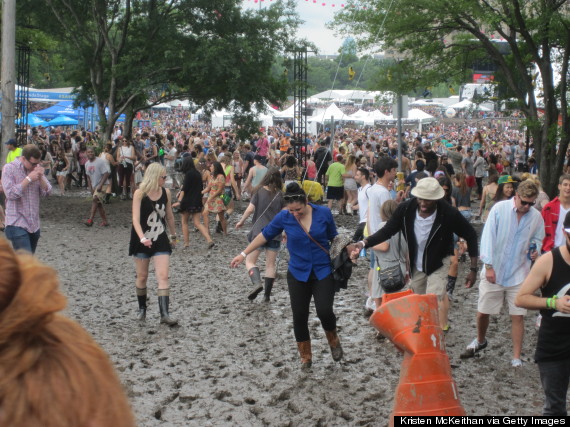 Just beware that when the apocalypse sets in and your tent starts to leak, Noah's ark won't be coming to save you and it's every festival goer for themselves.

12. Bathrooms will become your own version of the Hunger Games. 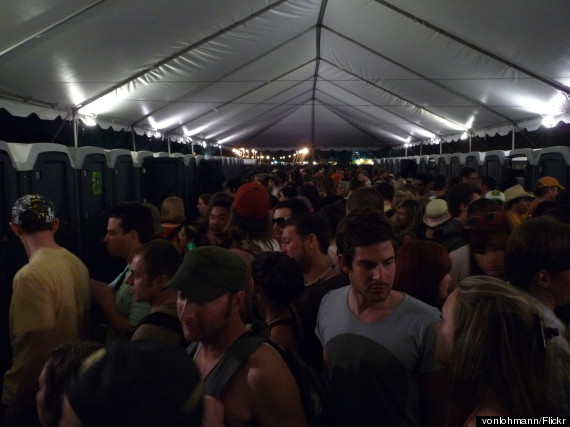 May the odds be ever in your favor, because nothing will stress you out more than trying not to pee your jorts in a three-mile long line to the port-a-potty. Just wait until paranoia sets in. "Will there be toilet paper? Did that man just throw up in the stall I'm walking into? Oh my God, is that... a dead person?!" Oh, and ladies, if you're on your period, you might as well just wait for toxic shock syndrome to set in.

13. Your shoes will be destroyed.

Gladiator sandals? Bloody mess. Sneakers? Blisters for days. If you wear flip flops, you'll lose them in a mud pit. And that nonchalant Kate-Moss-in-wellies-at-Glastonbury look? Save it for the pros (also remember she probably packed a dozen alternative pairs of shoes to change into).

14. You will smell terrible, and so will everyone around you.

15. Occasionally the performances don't live up to expectations.

It's inevitable: Performers won't take the stage on time, and once they do, those performers might be stumbling around and vomiting on stage. Oh, and there's a good chance that they don't sound as good in person as they did on your favorite album, recorded in a studio. That's fine... except you just paid $400 to see them live. Awesome.

16. The celebrities will totally show you and your friends up... because they're now being paid to attend. 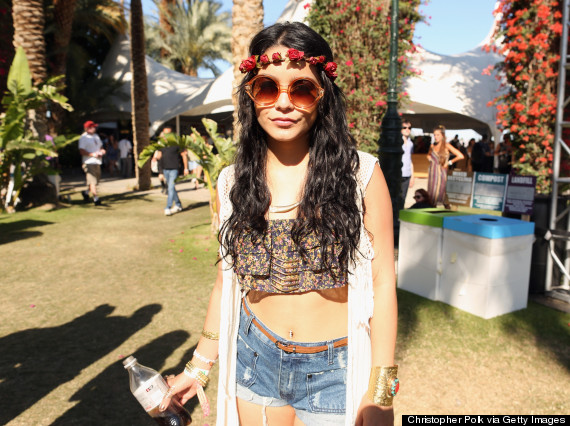 The real reason those celebrities that float by you to the VIP section look amazing? It's because of the $20,000 they're pulling in to attend the festival in their sponsored clothing and smiles. And, as sorry as we are to say it, you'll never be ever to pull off that Vanessa Hudgens look unless you bring your own team of people with you, too.

17. The festival lineups are all starting to look eerily identical...

Kings of Leon, Outkast, Arctic Monkeys, Arcade Fire -- they're all headlining multiple festivals across the globe this year, on top of the festivals they've already played in the recent past. We hope you like the Avett Brothers -- you'll be seeing them on multiple stages. Same goes for Vampire Weekend. Wouldn't it be nice to see some new faces headlining these fests once in a while?

18. Crowdsurfers and hula-hoopers will make you kind of loathe humankind. 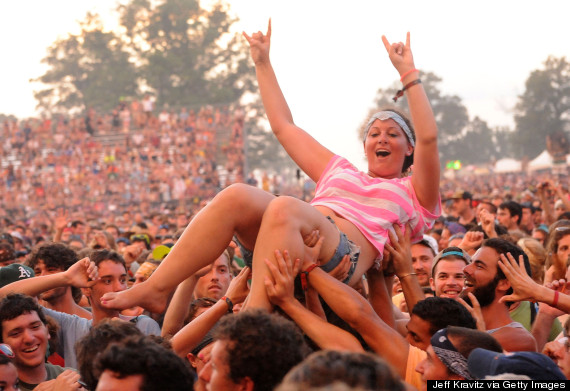 People you will likelyencounter at a festival: "fairies" hula-hooping, people violently dancing -- sorry, "feeling" the music, sweaty people with their shirts off, people who are still really into mosh pits, crowdsurfers attempting to break your neck and countless pushy concertgoers who you'll have to box out for three hours during your front row adventure at Mumford & Sons. Also, special shout-out to the people watching the concert through the lens of their iPhones (or worse, iPads).

19. But the truly special people are the ones who bring their children to festivals.

"A baby? Someone seriously brought a child to this?" Yes, they did. Perhaps the parents can find some daytime babysitters from among the tweens in their barely-there neon rave gear. Did their parents drive them there?

20. It seems like everyone is drunk, hallucinating, high or passed out.

Everyone has their own idea of fun, but watching the guy on ten tabs of acid wig out is never a great moment, and neither is carrying your friend who's passed out from heat exhaustion to the medical tent. And getting thrown up on by that random drunk girl before your favorite show? Never fun.

21. It's impossible to get sleep, and you will go crazy. Seriously. Crazy. 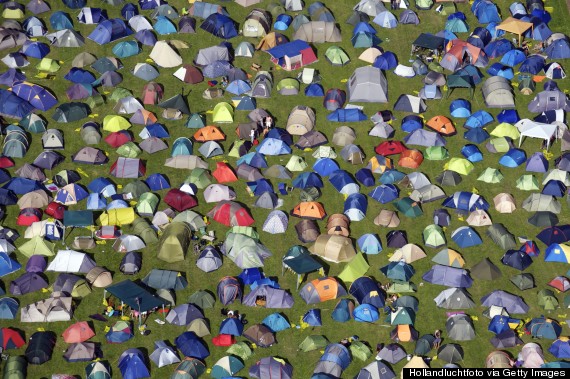 Get ready to sleep in places that you no one could pay you to lie down in any other time of the year. Your other option? "Selling out" and getting a hotel room or an RV so you can actually be well-rested and enjoy the music. Either way, try to avoid loud crowds. Guy with the stereo blasting all night? Dead to us. 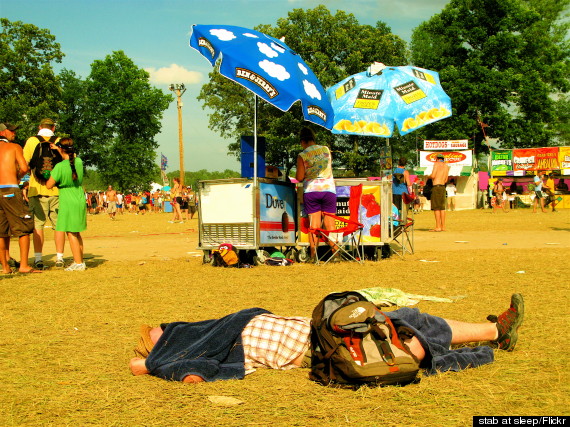 Are you tired? Feeling exhausted? Want to give up? Sick of sleeping in a van? Well, good luck, because there is no escaping. Especially after you paid all that money...

23. But you'll be sad when the festival is over... and want to do it all again

By the end of the festival, you'll feel like you've gone through a pop cultural war zone and somehow made it out alive. You'll have pics to prove that you went, survived and conquered, plus more than enough selective memories to last a lifetime... or at least long enough to ensure that you're going again next year.

NEP 2020: All Official Languages Are Forms Of Domination; English Is An Equidistant Solution

Doctors, Ventilators In Short Supply As Covid Moves From Metros To Rest Of India