West Bengal Chief Minister Mamata Banerjee has agreed to the presence of the media at the secretariat, Nabanna, in Kolkata on Monday as she meets delegation of protesting doctors.

NDTV reported that Banerjee had accepted live coverage of talks moments before the talks was supposed to begin.

It had been a key demand of the agitating doctors that the negotiations with the Mamata-led TMC government take place on camera, in front of the media.

The West Bengal government had asked two representatives of the 14 colleges to be present at the secretariat.

PTI reported that the invite, sent by the state health department, had said a recorded version of the discussions and resolutions taken at the meeting will later be provided to them.

“No media will not be allowed inside. There was no such communication in their letter,” said Pradip Mitra, Director of Medical Education had said earlier in the day.

While the protesting doctors had softened their stand on Sunday, asking the chief minister to decide the time and place of the meeting, they had remained insistent that it should be held in the presence of media and recorded.

“The chief minister has agreed for the meeting tomorrow. We have invited two representatives from each medical college and hospital,” a state government source had told PTI on Sunday.

The official said that Banerjee was not “comfortable” with their proposal of media presence inside the meeting venue. “The meeting could either be held at the auditorium or at the chief minister’s office. We have passed on this message to the junior doctors,” the source said.

On Saturday, Banerjee had  invited the doctors for closed door talks, that was turned down. A spokesperson of the joint forum of junior doctors on Sunday said, “We are keen to end this impasse. We are ready to hold talks with the chief minister at a venue of her choice, provided it is held in the open, in the presence of media persons, and not behind closed doors.”

The spokesperson said the venue should be spacious enough to accommodate representatives from all medical colleges and hospitals in the state.

Earlier, they had insisted that Banerjee visit the NRS Medical College and Hospital, the epicentre of the agitation.

“We want to join our duties as early as possible in the best interests of the common people once all our demands are met with adequately and logically through a discussion.

“We are hopeful that the chief minister will be considerate enough to solve the problems,” the spokesperson said, adding that the strike would continue till a solution was worked out.

Junior doctors across the state are observing a strike in protest against an assault on two of their colleagues at the NRS, allegedly by the family members of a patient who died on Monday night.

Services continued to remain affected for the sixth day on Sunday in emergency wards, outdoor facilities and pathological units of many state-run hospitals and private medical facilities in the state, leaving several patients in the lurch.

Meanwhile, the Indian Medical Association (IMA) Sunday said it will go ahead with the strike on June 17, withdrawing non-essential health services across the country in the wake of the assault on doctors in West Bengal. 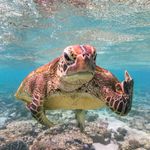