Three Members of Parliament and two Members of the Legislative Assembly in Kerala have been asked to go into home quarantine, Manorama Online reported on Thursday.

The five legislators were among the workers, police, journalists and members of the public asked to go into quarantine for possibly coming in contact with a person in Walayar who later tested positive for COVID-19, the report said.

The person, a native of Malappuram, had entered Kerala from Chennai via the Walayar checkpost last Friday. He tested positive on May 12.

Everyone who was at the checkpoint at the same time has been asked to quarantine at home for 14 days. According to Mathrubhumi’s report, this comes up to over 400 people, including five police officials in DySP rank, Coimbatore RDO, 50 journalists and 100 police officials.

Members of the Kerala Pradesh Congress Committee had staged a protest near the checkpost that day. Health minister K.K. Shailaja had on Wednesday said those who took part in protest may need to be quarantined. 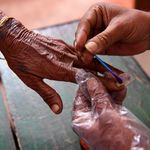