NEW DELHI—A five judge constitution bench of the Supreme Court led by Justice N V Ramana, the third senior most judge, is likely to hear all petitions challenging the Narendra Modi government’s decision of revoking the special status for Jammu and Kashmir under Article 370 beginning October 1, The Hindu reported.

A bench led by Chief Justice of India Ranjan Gogoi had, on August 28, referred all petitions to a five judge constitution bench for hearing in October. “Subsequently, the CJI is learnt to have constituted the bench headed by Justice Ramana to hear the matter,” a report in The Indian Express said.

Among the petitioners are Advocate M L Sharma, National Conference party, politician Shah Faesal, activist Shehla Rashid Shora and others. They have opposed the August 4 decision of the Narendra Modi-led government to scrap the special status for Jammu and Kashmir under Article 370 and the state’s bifurcation into two union territories, as per this report in The Hindu. 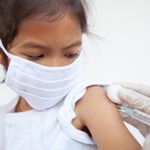 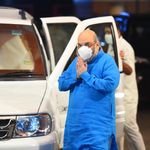