Lokesh Kanagaraj’s Kaithi is mostly an engaging film that attempts to marry the traditional masala requirement in a Tamil action thriller with the aspiration to stay true to its genre.

Filmed as a rescue road operation taking place through a single night, the movie’s narrative follows an unlikely team of a life-sentenced prisoner (Karthi) on parole, a police officer who has just busted a drug racket and a biriyani-catering youngster. They are on a time-bound mission to retrieve a drug consignment and save a bunch of top police officials who have been sedated by the mafia. For the emotional quotient, the movie includes an overlapping track where the prisoner is on his way to meet his daughter for the first time.

The opening sequence might be one of the most exciting ones seen in Tamil action thrillers. In a Guy Ritchie-sque style, Kanagaraj quickly establishes the premise, his characters, their conflicting motives, the operation, its pay-offs and risks. By the time this sequence concludes, viewers are already at the edge of their seat. This edge-of-the-seat adrenaline rush returns during the climax action block as well. However, between these two high points, the movie appears to be too long and too repetitive. Even though it is evident that Kanagaraj has tried to keep the recurring action scenes diverse in their motive and style, they feel cyclical after a point and almost leave you with a sense of déjà vu.

In action thrillers like Kaithi, the audience might already be willing to allow for a reasonable amount of logical jumps. Instead of taking advantage of this, Kanagaraj force-fits a logical explanation for several of the jumps. While these explanations are clever and well thought-out, their frequent appearance affects the smooth narration of the story.

Another issue with the movie is that while it interestingly sets up the hurdles for the central characters, the resulting pay-offs from crossing these hurdles feel underwhelming. This is primarily because the movie lacks an emotional core. While the action spectacle leaves you in awe, the journey of the central characters seems more operational than anything else. Kanagaraj is clearly aware of this and introduces the father-daughter track to make the audience invest emotionally in his narration. While this sentimental track could work as a standalone piece, it fails to organically fit into the rest of the movie and stands out like an afterthought. The other place where the movie attempts an emotional connection is between two young lovers but it falls even flatter.

More than the action sequences occurring through the 80 km lorry journey, the tension building at the Police Commissioner’s office and the action unfolding there were a thrill to witness. The audience in the theatre went completely berserk at the scene where AR Rahman’s Jumbalakka and Deva’s Metro Channel play out. Earlier in the movie, Kanagaraj interestingly uses a Yesudas song for ironic effect.

Karthi delivers his best performance, even though it seemed like his character was written in a one-dimensional manner.

In spite of the flaws that Kaithi suffers from, Kanagaraj is undeniably an interesting storyteller who has been pushing the boundaries of Tamil cinema. He might still be the best in the industry to narrate stories that have multiple threads converging, diverging or criss-crossing. Kaithi might not be as complex or smooth as his earlier Maanagaram (2017), but it is still enjoyable to watch him play with multiple storylines and their conflicting nature.

The movie is predominantly driven by male characters and the casting here is absolutely terrific. Karthi delivers his best performance, even though it seemed like his character was written in a one-dimensional manner. It is Narain as the vulnerable, desperate and upright police officer who steals the limelight in every scene with his nuanced performance.  The other impressive act belongs to George Maryan as the unassuming police constable who rises to the occasion and puts up a strong fight.

Sathyan Sooryan’s cinematography is undoubtedly superlative. He completely takes advantage of the movie being set in the night and lights up the scenes effectively to convey their mood and aid the narration. The movie chooses to do away with songs but benefits adequately from CS Sam’s background score. He keeps it very Hollywood-ish and it works remarkably to multiply the adrenaline rush.

Although an engaging watch, Kaithi could have worked much better if it was shorter and tighter. In spite of Kanagaraj’s intention to keep the movie true to its genre, it seems too long at 146 minutes. The same movie at 100 minutes or less could have prevented the fatigue that sets in during the proceedings. 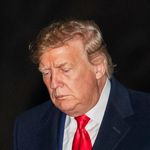