See the latest stories on the coronavirus outbreak

NEW DELHI — The American biotech company providing the technology to the first Indian company to receive a preliminary license to manufacture COVID-19 test kits sold just $700 worth of tests in 2018, and had cumulative losses of $23.1 million as of September 2019. The prospectus for its most recent fund-raising round shed doubts on if the company would remain a going concern.

Earlier this month, at a public event in Utah, Co-Diagnostics Inc.’s head of business development, Joe Featherstone, said the company had devised the test in just seven days using advanced computer algorithms rather than the standard process of trial and error, which takes several weeks. Its India manufacturing partner, Synbiotics Ltd, has a track record of manufacturing anti-fungal medication, but no previous experience in making diagnostic kits.

Yet, on March 19 this year, Gujarat-based CoSara Diagnostics Pvt. Ltd, a 50-50 joint venture between Utah-based Co-Diagnostics Inc. (CODX) and Synbiotics India Ltd, said it would begin manufacturing COVID-19 diagnostic tests for the Indian market after, the company’s own press release stated, “Senior officials from the health department expedited the approval process for the license.” The local Ahmedabad Mirror carried the news on the same day, adding that the senior officials “helped in expediting the process for the license after inspecting the file themselves.” For now, CoSARA is still awaiting final approval before it can begin making the test in India.

Synbiotics is part of the Sarabhai group, a well-established business family from Gujarat — Prime Minister Narendra Modi’s home state. (Here are some pictures of family patriarch Kartikeya Sarabhai welcoming Melania and Donald Trump in the presence of Modi on the US President’s recent visit to India).

An inspection of the company financials of CoSara and its American parent, CODX, suggests that the COVID-19 test would be CODX’s first ever commercially scaled diagnostic product and India, most likely, its first major market.

The novel coronavirus’s exponential global proliferation has driven home the need for extensive testing in every country and nowhere more so than India — which has tested only 20,000 individuals out of a population of over 1.3 billion.

Regulatory authorities around the world have responded by speeding up certification for companies and laboratories rushing to bring a reliable test to market. Doctors and health experts have supported this decision to expedite regulatory approvals, even as they caution that the headlong rush to make more tests available should be accompanied by enough oversight to ensure these tests work reliably. As regulators around the world strive to find this balance, tiny firms with no proven track record such as CODX see an opportunity to transform their fortunes.

Once China made the genetic blueprint of the coronavirus publicly available in January this year, researchers say designing a detection test was relatively easy in theory. In practice, producing an accurate, stable, reliable and replicable testing product at commercial scale is not so easy — raising the question of whether biotech startups such as CODX, which had a relatively small research budget of about $ 1.3 million this year, will be able deliver on their promises.

On March 24, the Indian Council of Medical Research announced it had evaluated 14 different testing kits, including one developed by the Indian Institute of Technology Delhi; only three were found to be 100% accurate. Among those that failed were three tests made by Swiss pharmaceutical giant Roche.

“Because the stakes are so high, we don’t want to cut corners,” said Dr. Carl Fichtenbaum, Associate Chairman of Medicine for Translational Research and Professor of Clinical Medicine in the Division of Infectious Diseases at the University of Cincinnati.

“We need to do it urgently and we need to do it right,” Dr. Fichtenbaum said, stressing that it was very important to develop tests as fast as possible, but also to ensure that these tests were reliable and accurate.

Veena Kohli, president of the Association of Diagnostic Manufacturers of India, who has decades of experience in setting up diagnostic kit manufacturing plants, said there was a big difference between devising a working prototype and manufacturing a commercial product in large quantities.

“Up-scaling is really an art. You may get beautiful results in a small batch manufactured, but you need expertise and experience to be able to produce reliable tests with large quantities,” said Kohli, who is also the CEO of Vanguard Diagnostics. Test kits, she said, must be equally accurate when identifying both — the presence and absence of the virus.

“This is very important as a single false negative can spread the virus, while a false positive can spread panic,” Kohli said. “Apart from sensitivity and specificity, stability is equally important for a commercial kit. When you design an assay, you have to stabilise it to ensure that it works as per the claims throughout its stated shelf-life.”

The certification of medical products and devices is as much a function of politics and policy as it is of science. In ordinary times, it can take years for a medical manufacturer to get certification for a new product. But in exceptional circumstances — like the ongoing coronavirus pandemic involving a new highly contagious virus with no known test, vaccine or cure — regulators ease their standards.

The United States Food and Drug Administration (FDA), for instance, has announced that new tests for the coronavirus will be evaluated under the agency’s Emergency Use Authorisation (EUA), which allows manufacturers to begin selling the tests after very limited testing.

The FDA’s approval has repercussions far beyond the United States — since the coronavirus outbreak, several countries including India have begun accepting US FDA-compliant testing kits without conducting their own certification process.

On March 22, the Indian Council of Medical Research (ICMR) issued guidelines stating that all commercial labs in India could only use testing kits certified by the FDA’s EUA process or the European Union’s CE certification. While CODX has CE certification, it is yet to get the FDA’s EUA approval. After protests by Indian manufacturers, the rule was subsequently modified to include other testing kits that had been evaluated by Indian authorities.

The FDA’s emergency authorisation process usually requires companies to provide clinical trial data for only 50 specimens, already a low number in an industry in which trials of over 200 specimens are routine. In this particular case, because of the shortage of time and enough testing reagents, the agency has further revised its requirement to only 30 samples.

Europe’s CE certification, CODX’s own prospectus states, “is built largely on a self-certification procedure, placing a heavy responsibility on manufacturers.” In effect, the EU relies on manufacturers to largely police themselves. India’s decision to accept FDA and CE standards must be viewed in this context — a fact not lost on Indian manufacturers.

“Some companies are getting a free ride based on US and CE regulatory clearances,” a representative of an Indian diagnostics company said, requesting anonymity to speak freely. “Why not test everyone?”

‘At the epicentre of a global tragedy’

US FDA and CE certification can transform the fortunes of a company like CODX. Incorporated in 2013 in Salt Lake City, Utah, CODX identifies itself as “a molecular diagnostics company with unique, patented Polymerase Chain Reaction (“PCR”) testing technology.” In 2017, CODX setup CoSara, a joint venture with the Gujarat-based Sarabhai group, to manufacture commercial kits to test for malaria, tuberculosis, Hepatitis B and C, and Human Papilloma Virus.

Under the agreement, described in CODX’s filings with the United States Securities and Exchange Commission, the American firm and the Sarabhai group (through their group company Synbiotics Ltd), split their profits on a sliding scale starting at 50-50 for profits upto $100,000 with CODX’s share rising to 80% for profits over $3,000,000.

As CODX has no commercial product as yet, the company has had to continuously raise money to finance its operations. For most of 2018, its stock price hovered around the $1 mark. Then, on January 23 2020, once the Chinese government made the coronavirus genetic blueprint public, CODX announced it was working on a genetic test to quickly identify the virus, and began posting regular updates on its progress.

Two weeks later, on February 11, the company raised $10.2 million at a market-price of $3.08 a share — three times its share price in January 2020 . On February 24, CODX announced it had received the European Union’s CE certification for its COVID-19 test. Three days later, on February 27, the company raised $4.2 million, except this time at $9 a share — 3X the valuation at which it had raised money a fortnight ago.

On March 16, CODX received another boost from the US FDA’s increasing desperation to get tests to market. The agency allowed a change in policy that allowed manufacturers to sell their COVID-19 test kits even as their emergency use authorisations were being reviewed by the FDA. The company soon followed with a press release stating that the new policy “will allow the Company to aggressively expand its presence in the U.S. market”. This policy change, CODX said, meant “the Company’s test kit will soon be available for use by and marketed to a wide array of U.S. laboratories, without first requiring Emergency Use Authorization.”

The company has stated that it shipping its tests widely, but has not provided any numbers or quantities of tests shipped or used.

CODX’s repeated claims about its certifications has prompted much confusion in India, where regulators appeared unsure of whether the company’s COVID-19 testing kits — meant to be manufactured in Gujarat by CoSARA— would be validated at all by Indian regulators.

On March 23, for instance, The Times of India reported that CoSARA may have US FDA approval — which the company does not have as yet. But on March 24, ICMR posted a tweet suggesting that CoSARA did have FDA approval, and hence was exempt from recertification. The tweet appears to have been subsequently deleted, but transparency activist Saket Gokhale posted a screenshot. HuffPost India has contacted the ICMR spokesperson and will update this story once they respond.

CODX does claim to have the European Union’s CE certification, which would imply that its testing kit could be imported and sold in India without prior approval from ICMR. However, CoSara’s CEO Mohal Sarabhai told Business Standardthat the company had applied to Indian authorities for certification of its test kits and would begin production only after receiving all approvals.

HuffPost India sent a detailed questionnaire to CODX for comment. The company initially suggested a phone-call, which never materialised, but shared the following information on background.

“We are humbled and honored to find ourselves at the epicenter of this global tragedy. At Co-Diagnostics, our mandate has always been to utilize our time-saving development platform to design affordable, high-quality molecular diagnostic solutions for all nations of the world. The work we have performed to bring a sorely-needed COVID-19 product to market, first as a CE-marked IVD to countries across the world and now to the United States following the FDA’s recent policy change, speaks to our commitment to providing diagnostic tools that have the potential to save lives by providing accurate diagnoses—the first step in ensuring accurate treatment. We are gratified that we have the opportunity to help the United States and well over a dozen other countries (and counting) to benefit from increased access to testing for COVID-19, a disease that affects not just patients afflicted with it and their families, but the entire world as a whole.

Our doors are open to members of the press or to any of our customers and distributors who would like to see and learn more about our innovative development platform first-hand.” 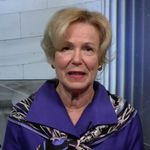 White House Coronavirus official: 'No metro area will be spared' from outbreak