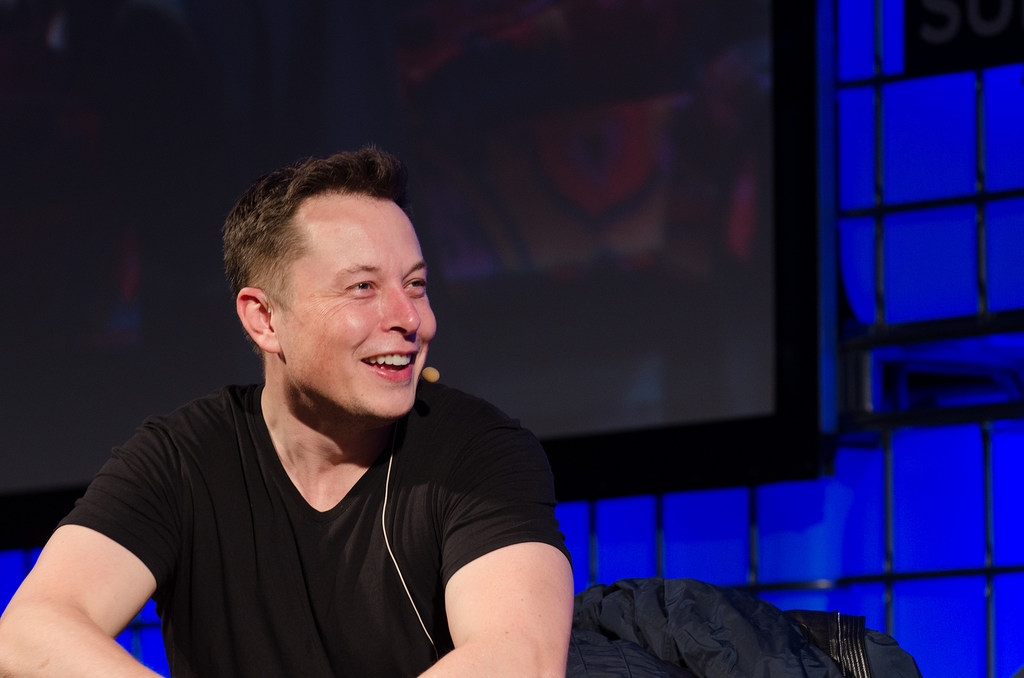 Musk, who owns approximately a 20% stake in each company, brushed aside talk of corporate over-reach and conflicts of interest - preferring to focus on his vision of a smart home decked with solar panels and a large battery, which power the home and charge its electric cars.

Musk is positioning himself at the heart of this post-carbon solar-powered future. Last year his market leading EV manufacturer Tesla began producing the 'Powerwall,' a stationary battery system for homes and commercial buildings. Now, through the new deal, Musk says he is building the world's "first vertically integrated sustainable energy conglomerate."

The deal brought criticism from Wall Street analysts, who have traditionally supported Musk's ventures, worried that it would distract the companies at a critical time for both. Tesla is struggling to overcome a wave of production issues as it ramps up car production, while SolarCity recently tempered its growth forecasts for the third time in seven months, following a sharp slowdown in new orders.

Facing those accusations, Musk described media critics as "silly buggers, honestly". Claiming that "keeping the two companies separate as they tried to integrate their solar power and electric storage products would create more conflicts of interest than merging them."

So does the acquisition represent the beginning of a future powered by vertically integrated sustainable energy conglomerates? What impact will the deal have on each company?

And, perhaps most importantly, what does Musk's vision mean for solar power in the average home or commercial building?

Well, first, we should probably keep in mind that there are already several solar plus energy storage companies out there. There is also an even bigger group of solar or battery companies who hold strategic alliances with the other, essentially providing the same offering.

Nevertheless, all of Musk's businesses do seem to have the ability of doing things well, and often with a bit of extra style thrown in. Their product releases resemble that of Apple and other consumer electronics firms. Tesla's Powerwall battery, designed to hang on the wall of your garage, has the slick appearance of a new MacBook or iPhone, and its marketing also follows those lines.

So while "world's first" may need clarification, we can probably agree that Tesla - SolarCity will do things differently. EVs aside, Tesla's Powerwall battery combined with SolarCity's market leading solar panel offering will create a viable home clean energy system - as it already has been doing for some time, through their strategic alliance.

By merging the two companies Musk hopes to "be able to expand [each company's] addressable market further than either company could do separately." Musk suggests that because of the "shared ideals of the companies and [their] customers," each entity would be able to increase the sales of the other. "Those who are interested in buying Tesla vehicles or Powerwalls are naturally interested in going solar, and the reverse is true as well," an official statement said.

The high footfall at Tesla's showrooms, if also promoting SolarCity products, can only have a positive impact on the solar power company's sales. Similarly, SolarCity's wide network of sales and distribution channels and expertise in offering customer-friendly financing products could significantly benefit Tesla and its future customers.

Tesla's design, engineering, and manufacturing skills could also help advance SolarCity's panel technology, not least by giving roof top solar panels a sexier Apple-esque aesthetic. In addition, Tesla's knack for raising large amounts of capital could be very advantageous for SolarCity as the company moves from installing and financing solar panels into becoming a manufacturer in its own right.

What about the residential solar market?

For the average solar panel buyer, be they residential or commercial property owners, the implications of the deal are somewhat unclear. We can assume that, much like our perpetual example of Apple products, Tesla - SolarCity product offerings would work seamlessly together. Ease of use and aesthetics would improve, but more importantly, the energy loss between panels and batteries, and then on to Tesla's electric car charging should be minimized. Meaning a potentially more efficient and user-friendly power system.

Greater collaboration between teams from each company, especially when SolarCity begins manufacturing its own panels, could lead to a reduced solar prices for the end user. While SolarCity's financing options may develop, opening up the market to aspiring solar plus storage customers with capital constraints.

Whether the solar power, and solar plus storage, the industry at large can continue to gain momentum and gain further market share from traditional energy sources will depend on much more than Musk's ambitions. However, whether or not the deal is a success for Tesla, SolarCity or Musk, it seems unlikely to produce any negative effects for the future of the solar power sector and the customer.

A majority of each Tesla's and SolarCity's shareholders must still approve the deal, which the companies expect to close in the fourth quarter. SolarCity said an independent committee of its board had approved the deal and would have a 45-day "go shop" period to consider other offers. Neither side has set a date for shareholder votes, however, Musk has agreed not to vote his shares.

"In light of Elon Musk's SEC disclosure obligations in his individual capacity as a stockholder of SolarCity this proposal will be publicly disclosed, but Tesla's intention is to proceed only on a friendly basis," the official offer reads.

So whether it's like Apple's, or "peanut butter and jelly", at least the publicity surrounding the Tesla - SolarCity deal, if completed, can drive the sector towards a cheaper, greener, sexier and more viable energy future.

'Shakuntala Devi': Director Anu Menon On The Film's Triumphs, Flaws And Its Depiction Of Homosexuality