WhatsApp users have been asked to perform an update after concerns about being targeted by hackers.

Here is how to update the popular instant-chat application, should the software not update automatically:

Go to the App Store

Go to the Play Store

Find the My apps and games section

Tap the Update button next to WhatsApp

Cybersecurity experts have warned WhatsApp users to update the messaging app as soon as possible following the discovery of a major vulnerability that could allow attackers to install a malicious code on smartphones.

The Facebook-owned app said it identified and fixed the issue earlier this month but Citizen Lab, a research group at the University of Toronto, suspects that an attacker attempted to exploit it again on Sunday.

WhatsApp believes that a select number of users were targeted by an advanced cyber actor, exploiting its voice calling feature, which it said had all the hallmarks of a private company reportedly that works with governments to deliver spyware that takes over the functions of mobile phone operating systems. 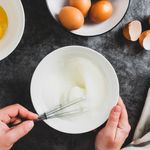