For the past two weeks, thousands of Indians have come together to protest against the controversial Citizenship Amendment Act (CAA) and the demonstrations are showing no sign of dying down. While media coverage of the protests may seem to have driven the spate of economic bad news off prime time discussions and front pages, analysts have said that resentment over the state of the economy has fanned the protests further.

As people in several cities across the country took to the streets to protest against the new citizenship law, the opposition (see here and here) has accused the Bharatiya Janata Party (BJP) of bringing in CAA to divert attention from the economic slowdown.

Former Chief Economic Advisor Arvind Subramanian also said that India is facing a “great slowdown” and the economy is headed for “intensive care unit”. In an interview with NDTV’s Prannoy Roy this week, he said that the GDP growth of 4.5% could be a “rosier picture than the underlying reality”.

Even Union Minister Nitin Gadkari said on December 22 that the Indian economy is going through a “challenging situation” and decisions need to be taken quickly.

Here are five reasons to be worried about the state of the economy:

1. The IMF has expressed concerns over India’s economy and said the government must take urgent steps to reverse the slowdown. In its annual review, the International Monetary Fund said declining consumption and investment, falling tax revenue and other factors have put the brakes on the Indian economy, according to AFP. In October, the Fund had cut its estimate for India’s growth this year to 6.1% from 7% projected in July. In an interview to Rohit Inani for HuffPost India, Ranil Salgado, the IMF’s chief of mission for India, said the pace of getting back to growth will be slower than expected.

“In August last year when we published our annual assessment for India [IMF forecast economic growth to pick up to about 7.3 percent for fiscal year 2018-19] we already saw signs of a slowdown, but it has been a worse slowdown than we expected. And it seems to be longer than we were expecting back in August 2018.”

2. India’s retail price inflation jumped to a 40-month high in November and economists have warned that the country could go into a stagflation mode. Stagflation means high inflation and low economic growth.

October retail output fell 3.8% year-on-year with all three major sectors—mining, manufacturing and electricity—shrinking, according to government data cited by Reuters. The output dropped for the third straight month. This is the first such continued fall in the country’s industrial output since the global recession in 2008.

Onion, as The Telegraph pointed out, has been considered a symbolic marker of the state of the economy or governance. The prices had soared to as high as Rs 150 per kg in some states this month.

4. The prices of potatoes and other vegetables have also seen a sharp spike. In Delhi, the price of potatoes has increased by 75% and has almost doubled in some other major cities, according to The Times of India.  Rajendra Sharma, general secretary of Potato and Onion Merchants Association at Azadpur Mandi, told PTI that the prices have gone up because the production has been affected by rain.

The RBI this month raised its inflation projections to 4.7-5.1% for the second half of the current fiscal due to the spike in vegetable prices. The inflation outlook, going forward, is likely to be influenced by several factors, the RBI said in its bi-monthly monetary policy review. While it said the upsurge in prices of vegetables is likely to continue in immediate months, the bank added that this could soften by early February 2020.

5. Prices of cooking oil also saw a sharp hike and experts told IANS that the increase is due to costlier imports from Malaysia and Indonesia. An expert, Salil Jain, was quoted as saying in the report that the prices of all edible oils have increased due to the rise in palm oil over the last two months.

Amul and Mother Dairy also increased the price of milk. Amul announced hiking milk prices by Rs 2 per litre across various states, while Mother Dairy increased rates by up to Rs 3 per litre in Delhi-NCR. Both the dairy firms said the price hike was due to higher procurement cost.

(With PTI and Reuters inputs) 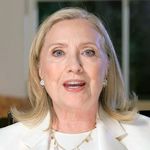