In the chargesheet for the First Information Report (FIR) 59/2020 Crime Branch “Kilo”, a protected witness whose name has been concealed, said he attended a meeting where prominent political activists who protested against the Citizenship Amendment Act (CAA) spoke like cartoon villains disclosing their evil master plans.

“Our mission has been successful,” the witness alleges he heard Yogendra Yadav, the founder of Swaraj Abhiyan, say. “By orchestrating these riots we have shown our strength to the central government.”

To which Nadeem Khan, co-founder of United Against Hate, a platform for social activists, allegedly said, “Yogendra ji, now it is essential that we pin the blame for this violence on someone else. It is best we put pressure on the Delhi Chief Minister to put all the blame on the Delhi Police.”

Kilo, who has made these claims in a sworn affidavit before a magistrate, claims that he was called to the meeting by documentary filmmaker Rahul Roy. The meeting was held at about 4:00 PM on 25 February 2020, when violence was still raging in northeast Delhi.

Documentary filmmaker Saba Dewan was also present in the room, Kilo said in his affidavit to the magistrate.

Now, in interviews with HuffPost India, Yogendra Yadav and other activists who were present at the meeting have disputed Kilo’s characterisation of the events.

Five witnesses from the meeting have contradicted Kilo’s claims and told HuffPost India that the meeting was called to organise emergency relief for Hindu and Muslim victims of the worst communal conflagration in the National Capital in a quarter of a century. These witnesses pointed to a resolution, included in the voluminous chargesheet, Whatsapp messages, to support their contentions.

Justice S Muralidhar’s famous midnight order directing the Delhi police to ensure safe passage for ambulances was an outcome of the coordination efforts that followed this meeting, those present said.

“This is so utterly absurd,” Harsh Mander, who was present at the meeting,  said of the statement given by the police witness. “This was actually a meeting that saved a large number of lives.”

Mander, who quit the Indian Administrative Service to better the lives of street children in India, said the activists decided to set up an emergency control room at his office in New Delhi, circulate mobile numbers for people in the riot-hit neighbourhoods to call in, and connect as many as they could with the police.

“You are lying about a meeting that was not a secret meeting. It was a room full of people,” said Kavita Krishnan, secretary of the All India Progressive Women’s Association, and a member of the Communist Party of India (Marxist-Leninist).

“At four pm, I was very much there and I was speaking to all these people. I would be willing to stand up anywhere and say that absolutely no one there said these things,” Krishnan said.

“This is a Mogambo style dialogue. I think I deserved a different kind of dialogue,” Yadav said of the statements attributed to him by Kilo. Yadav said his tweets and Facebook posts make clear that he was calling for peace, rather than inciting violence, on 24 and 25 February.

WhatsApp messages that Roy sent at about 2:00 pm in the Delhi Protests Solidarity Group (DPSG), a Whatsapp group being probed by the Delhi police in connection with the riots, lend credence to the activists’ claims.

A message that HuffPost India has reviewed, said, “Since the meeting announced for 2pm will be a women’s march, it has been suggested that this will be followed by a 4:00 pm by another meeting to take stock of the situation in northeast Delhi, identify immediate steps to be taken, attempt setting up an emergency response mechanism, activate all possible measures methods of putting pressure on police to stop the violence.”

The Delhi Police maintains it is carrying out an unbiased investigation, and that FIR 59 is only one of the 751 FIRs it has filed against both Hindus and Muslims in connection with the riots.

FIR 59, the so-called “conspiracy FIR,” which has yielded a 17,000 page chargesheet, is significant because it investigates who was behind the riots.

The chargesheet says that those protesting the CAA and the National Register of Citizens (NRC) were using it as a front to plan Delhi’s worst communal riot in a long time. The FIR invokes the Unlawful Prevention Activities Act (UAPA), India’s anti-terror law, against students and activists in their twenties and thirties including Umar Khalid, a former Jawaharlal Nehru University student activist, who is referred to as the main accused in the case.

Most of the 53 people killed in the riots were Muslim.

Social activists, academics and retired police officers claim that the Delhi Police is targeting critics of the ruling Bharatiya Janata Party, Prime Minister Narendra Modi and those who protested the CAA and the NRC, while doing little to investigate BJP leaders like Kapil Mishra and Anurag Thakur who threatened vigilantism and made inflammatory speeches ahead of the Delhi riots.

Both Krishnan and Mander’s names have appeared in the disclosure statements of accused persons in FIR 59.

The Indian Express in July reported that an order dated 8 July, signed by Special CP (Crime & Economic Offences Wing) Praveer Ranjan, stated that the arrest of “some Hindu youth” from riot-hit areas in Northeast Delhi had led to a “degree of resentment among the Hindu community” and “due care and precaution” must be taken while making arrests. The police subsequently issued a rejoinder saying, “The tone and tenor of the article is highly misleading and trying to give an impression of the police being biased. The supervisory officers have been specifically directed to ensure ‘professionalism’ and ‘integrity’ of the investigation.”

In a letter to Delhi Police Commissioner S N Shrivastava in September, retired IPS officer Julio Ribeiro, who was former Mumbai police commissioner, wrote, “Kindly revisit the actions of the police under your command in Delhi to determine if they have been true to their oaths taken at the time of their induction into service.” In his reply, Shrivastava wrote that the Delhi Police probe was “guided by facts and evidence, not by reputation and personalities.”

The Delhi Police answers to Amit Shah, Home Minister in the Modi government.

Rahul Roy and Saba Dewan were summoned in connection with the Delhi riots in September.

Following their discussions about setting up a control room at Mander’s office to connect riot-hit people with the police, the activists at the meeting said they passed a “resolution” with the emergency contact numbers that was widely circulated on social media.

Helplines will receive calls for information and support requests. The helplines will direct requests to either Group 1 and Group 2.”

The chargesheet in FIR 59 characterises this particular message as evidence of “Chats indicating conspirators changing their stripes to show themselves as peace lovers by organising rescue and relief work for riot victims. Adding large number of new members unrelated to the conspiracy of committing terrorist acts.”

“Everybody who was in that room was worried about the lives of people in northeast Delhi and they were asking what can we do,” said Kavita Krishnan.  “There was also a sense of helplessness as to what we can do as individuals who were getting distress calls. It was also a question of getting the bureaucracy to function.”

“It was very tragic and despondent. This was the job of the state,” said Mander. ”It was a moment of extreme helplessness when you knew people were dying in a riot, but then suddenly we were able to start saving lives.”

The emergency control room set up after the meeting at the Indian Social Institute on 25 February followed around 160 cases in 72 hours since it started operating on the night of 25 February, according to a July report published by Karwan e Mohabbat, Mander’s organisation that fights religious bigotry and hate.

For several hours, Mander said, the young volunteers who were manning the distress calls did not get any response when they dialled the Delhi Police.

As the night wore on, they started getting desperate calls from the Muhammad Ehtesham Anwar, the doctor at Al Hind Hospital, where the wounded poured in, but the ambulances could not get past the rioters closing in on the modest two-storey clinic in Mustafabad.

At this point, Mander said that his daughter, Suroor Mander, a lawyer, decided to phone Justice S Murlidhar who then convened the midnight hearing where the Joint Commissioner of Police (JCP) was also present.  After the Delhi High Court intervened, Suroor Mander was in direct contact with the JCP who extended his full support to them and they managed to help a lot of people.

Anirban Bhattacharya, the former Jawaharlal Nehru University student who was arrested with Kanhaiya Kumar and Umar Khalid in 2016, and who maintained  a log of the distress calls during the riots, said the nature of calls changed from rescue to relief over 72 hours.

“We were in a firefighting mode to save lives,” said Bhattacharya. “Hindus and Muslims were rescued.” 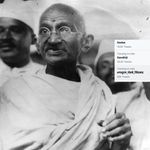 On Gandhi Jayanti, His Assassin Nathuram Godse's Name Is One Of The Top Trends On Twitter 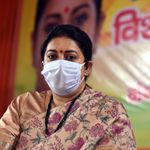 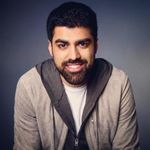 I Was On Netflix's 'Indian Matchmaking.' Here's What You Didn't See On The Show. 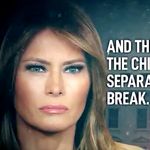 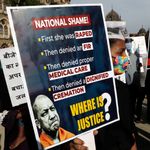 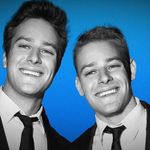 10 Years After 'The Social Network,' The Other Winklevoss Twin Gives A Status Update 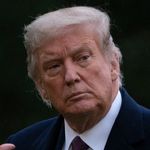 Trump And Melania Have Tested Positive For COVID-19 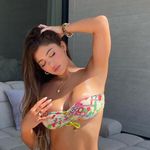 Kylie Jenner's Voting Thirst Trap Prompts 1,500% Surge In Registrations To Vote In US 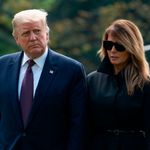 The Trumps Have Coronavirus. Here’s What Happens Now 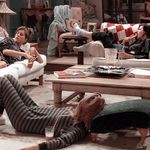