Whether he's crashing bachelor parties, nailing surprise karaoke performances or golfing in Internet-breaking PBR pants, Bill Murray never ceases to surprise us. And that's exactly what he's done with a touching story from the early days of his career.

This week, the Chicago Sun-Times' Cindy Pearlman notes the Illinois-born actor, who's in Toronto promoting his latest film, "St. Vincent," credits a painting at the Art Institute of Chicago with saving his life.

After his first experience on a stage did not go well, Murray has said, he headed toward Lake Michigan thinking, "If I’m going to die, I might as well go over toward the lake and float a bit." Before he reached the water, however, he arrived at the Art Institute and saw the "The Song of the Lark," a painting that truly moved him.

The painting, by 19th-century French realist painter Jules Breton, depicts a young peasant woman working in a field at sunrise. 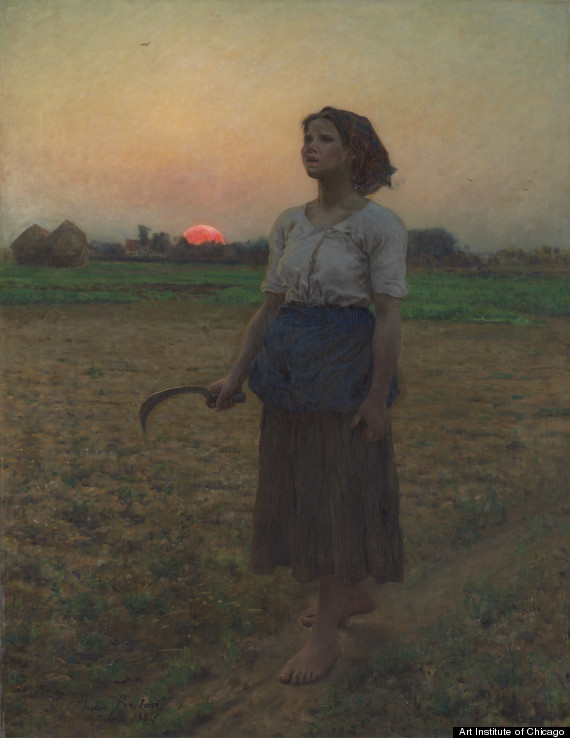 During a February press conference in London, where Murray was promoting "The Monuments Men," he said: "I thought, 'Well there's a girl who doesn't have a whole lot of prospects, but the sun's coming up anyway and she's got another chance at it.' So I think that gave me some sort of feeling that I too am a person and I get another chance everyday the sun comes up."

The Breton painting isn't the only item in the museum that has been tied to the former "Saturday Night Live" star. A 17th-century Dutch chiaroscuro woodcut that's part of the museum's collection bears an eerily striking resemblance to the actor.

8 Unusual Shows And Films You Can Stream On Sony LIV

Why East Asian Countries Were Wearing Masks Long Before COVID-19

This Beauty Blogger Styles Her Hijab With These Amazing Anime Looks