SANDESHKHALI, West Bengal — Warring parties, the BJP and the TMC, Sunday continued to blame each other for violence in Sandeshkhali, even as bodies of three persons were recovered and several others remained ‘missing’.

The BJP tried to take the bodies of two of its supporters to Kolkata from Basirhat in North 24 Parganas district, but the party leaders were stopped by police, leading to a heated exchange of words between the two sides.

The BJP leadership later decided to take the bodies to the village of the two slain party workers. Their last rites were performed at their village at night.

The saffron party has called a 12-hour bandh in Basirhat on Monday and decided to observe “Black Day” throughout the state, party sources said.

On Wednesday, the BJP will march to the Kolkata Police headquarters of Lalbazar to protest against the violence in Sandeshkhali, they said.

The bodies have been identified as that of Sukanta Mondal, Pradip Mondal and Kayoom Mollah.

While Sukanta and Pradip were BJP supporters, TMC leaders said Kayoom was an active worker of their party.

Police and the district administration have been tight-lipped about the incident and have not made any statement on the number of deaths.

A huge contingent of police is posted at Bhangipara village, which is under the Nyajat Police Station limits, where the clashes took place on Saturday evening during a TMC rally. Internet services have also been suspended at Nyajat.

The BJP Sunday wanted to take the bodies of two slain workers to the party state headquarters in Kolkata after the postmortem examination, but the police stopped the hearses at Minakha by blocking the state highway.

An earlier attempt of the police at Malancha to stop the party failed as the BJP workers forced their way through.

“The families have given their consent (to take the bodies). The police cannot stop us like this,” state BJP president Dilip Ghosh, who was accompanying the hearses, said.

“The police did not act when our people were attacked and killed and now they are not allowing us to take the bodies of our party workers,” he said.

Amid the altercation between the policemen and BJP leaders, party workers threatened to perform the last rites of the deceased men on the road and started to arrange a pyre. However, it finally didn’t happen.

Senior BJP leader Rahul Sinha later said since the family members of the two victims were feeling unwell, the bodies were taken back to their villages.

He also claimed that five members of the saffron party were killed in the clashes and several others are missing.

Speaking to reporters at the airport here on his arrival from Delhi, Roy alleged that local TMC leader Shahjahan Sheikh masterminded the attack on BJP workers.

TMC secretary general Partha Chatterjee said it is for the people to see what the BJP, which won 18 of the 42 Lok Sabha seats in Bengal, was up to in the state.

“People should see whom they have voted for. The BJP is not interested in bringing investments to West Bengal or do any good, but is indulging in violence and creating lawlessness in the state,” he said in Kolkata.

The food and supplies minister said his party apprehended that the “missing workers” might have been killed.

Mallick, who led a party delegation to Sandeshkhali, told PTI, “We apprehend that six TMC workers have been killed and their bodies dumped in water.”

He alleged the BJP workers attacked TMC supporters during a procession, and accused the saffron party of bringing in outsiders to foment trouble.

The minister also asserted that the BJP workers were killed by bullets fired by their “own people” and denied that TMC men were involved in their deaths.

Contending that his party wants peace to prevail, Mallick said he has asked his partymen not to hold any meeting or procession without the district leadership’s permission.

The BJP held meetings and rallies at several places in the state, including Kolkata, protesting the killing of its party workers, and courted arrest.

At least 62 persons, including 11 women, were arrested in Kolkata, police said.

Sources in the TMC and the BJP had claimed on Saturday that the clashes broke out over removal of the saffron party’s flags in the area.

Local people said several shops and houses were ransacked during the violence, which broke out during a TMC procession.

The area is under Basirhat Lok Sabha constituency from which TMC’s Nusrat Jahan won with a margin of over 3 lakh votes.

The Mamata Banerjee government on Sunday claimed that situation in the state was “under control” in a letter to the Centre, which had issued an advisory.

State Chief Secretary Malay Kumar De wrote that “firm and appropriate actions” were initiated in all cases of violence without any delay.

“There have been a few stray post-poll clashes in the state perpetrated by some anti-social elements, the law enforcement authorities have been taking firm and appropriate actions in all such cases without any delay,” De wrote in the letter to the Union Home Ministry.

“In the instant case under Nazat Police Station in North 24 Parganas district too, police case has been registered and investigation has been initiated, even while the maintenance of peace in the area has kept the police contingents busy on the roads and in the neighbourhood,” the letter read.

“There has been no delinquency in discharge of functions by public officials yet, strict vigil has been kept on the evolved affairs,” it added.

The chief secretary said the situation is under control and it may not be construed under any circumstance to be a failure on the part of the law enforcement machinery of the state to maintain the rule of law and impure confidence among the people.

Earlier in the day, the Centre had expressed “deep concern” over continuing violence in the state, saying the “unabated violence” even after the Lok Sabha polls appears to be a failure on part of the state government.

In the advisory, the Home Ministry asked the state government to maintain law and order, peace and public tranquillity.

“The unabated violence over the past weeks appears to be a failure on the part of the law enforcement machinery of the state to maintain the rule of law and inspire confidence among people,” the advisory said.

Trinamool Congress secretary general Partha Chatterjee described the Centre sending the advisory as a conspiracy against the state government.

“West Bengal is the most peaceful state in the country and there has been no incident of any political bloodshed here. And you are floating a conspiracy theory by sending us this advisory note,” Chatterjee told reporters.

Chatterjee questioned why there was no advisory note sent to the Uttar Pradesh government when incidents of violence were reported from there.

“You are using the home ministry in an undemocratic manner to issue this advisory to the state government. This is nothing but a political conspiracy,” he said. 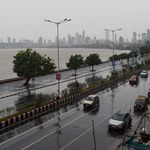