The open manifestation of an 'American-Sunni' coalition against Iran with huge anti-Shia intonations (particularly in Iraq, where the incumbent Shia government in Baghdad is supposedly a close ally of the United States) does nothing to promote peace, stability and coexistence in the Middle East.

Such an orchestration, designed to prop up a Saudi regime—which happens to be beset by serious internal squabbling along with an array of social and economic problems, exacerbated by a military quagmire of its own making in Yemen—can neither contain Iran nor prevent previously disenfranchised Shias from Afghanistan and Pakistan from having their say.

[T]here has never been any evidence of Iranian or Shia involvement in any of the attacks that have been carried out in Europe or America.

The $350 billion weapons deal between the Saudis and the US, which included the purchase of more than $100 billion of unnecessary weaponry to the financially drained Kingdom was something of a Saudi "tribute." However, it is unlikely that their reward will extend beyond "photo opportunities" of the kind wherein we saw many Sunni Arab leaders humbling themselves around President Trump.

Having secured his expected "tribute" from the Arabs, President Trump then travelled to Israel and much to the chagrin of Israeli leaders, skirted around their key issues, such as continued US opposition to Israeli settlements in Palestinian territory or moving the US Embassy from Tel Aviv to Jerusalem by simply harping on the exaggerated anti-Iran rhetoric carried over from Riyadh.

Meanwhile, as this surreal and mendacious US-Sunni-Israeli Grand Coalition was being projected, the people of Iran were celebrating the re-election of President Hassan Rouhani who in the course of the past four years has stirred Iran away from his predecessor's path of wanton agitation and lunacy, having most importantly taken the strident steps necessary for ending Iran's nuclear stand off with the international community.

Repeated labelling of Iran as the "biggest state sponsor of terrorism" or assertions about its "provocative and unacceptable behaviour in the region", especially under the presidency of Hassan Rouhani, simply lacks the thrust and lustre that it once had in the 1980s and the 1990s. It is a fact that since 911, non-state actors such as Al Qaeda and more recently ISIS have almost completely monopolised the terrorism threat directed against the West, and, in the case of ISIS, with equal venom against Iran and more generally Shias in the region.

Therefore, it is surreal to watch Saudi Arabia and its Wahhabi cronies exonerating themselves from any association with various acts of terrorism carried out against people in the West during the past two decades and falsely levying the blame on Shias in general and Iran in particular. This clear deception, camouflaged and sweetened by payments of billions of dollars of tribute to the US, becomes even more surreal in view of the fact that there has never been any evidence of Iranian or Shia involvement in any of the attacks that have been carried out in Europe or America.

It is even more ironic that at a time when the Iranian people have so blatantly exhibited their preference for moderation and peaceful coexistence by soundly silencing those who continue to advocate radicalism and confrontation, such an outrageous and unwarranted display of open hostility should be orchestrated against them.

So far, Iranian reaction to these unwarranted provocations has remained relatively moderate. Thus instead of continuing such rash policies that only increase tension and instability in the region, it would seem more prudent that steps should be taken to encourage dialogue and diplomacy in order to defuse tension and prevent further division and misunderstanding.

[I]nstead of continuing such rash policies that only increase tension and instability in the region, it would seem more prudent that steps should be taken to encourage dialogue and diplomacy...

While there is undeniable validity in some of the past Saudi grievances voiced against the Islamic Republic, it is important to note that since the advent of the Rouhani government, Iran's entire demeanor has undergone a fundamental shift, thereby allowing dialogue and diplomacy to play a decisive role.

The re-election of Rouhani, who has pledged to remove non-nuclear sanctions through diplomacy, offers a unique opportunity for the US to resume its dialogue with Iran, while both Iran and Saudi also need to manage their differences, much like they did prior to the Iranian revolution. Surreal exhibitions, such as those exhibited in Riyadh instead of reducing tension, stopping carnage and restoring much needed peace in places like Syria and Yemen, only widen differences by adversely exposing the region to further divisions and external meddling. 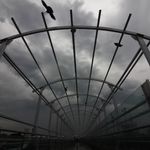