There is a reason why the term "nepotism" irks certain people in Bollywood. It's primarily because it makes them uncomfortable about their self-positioning and the functioning of the industry. Let's accept this. Bollywood loves status quo. Whenever there is any tectonic shift from the acceptable norms, it raises eyebrows and is immediately labelled as "inappropriate" conduct. That's precisely what happened when in an episode of Koffee with Karan, Kangana Ranaut called Karan Johar, "a flag bearer of nepotism". While at that point he took it sportingly, it was not long before he lashed out at her and even asked her to leave the industry if she couldn't fit in. Ironically, that's what nepotism is all about.

When you're in a position of privilege, equality looks like oppression.

For Mr. Johar, the statement came naturally, because when you're in a position of privilege, equality looks like oppression. We would totally like to believe that timing had got nothing to do with his outburst. The very fact that he chose to hit back post the debacle of Rangoon speaks volumes of how the industry functions. Because you are as good as your last Friday release. And if you're a female actor, it's worse. The debate has since gained momentum, with a new celebrity expressing their opinion every day. There is however, no doubt that in the popular narrative, Mr. Johar lost the perception battle. There's nothing that a common person despises more than privilege and entitlement. But we need to look beyond the Karan-Kangana slugfest.

The root of the problem lies much beyond personal dynamics and is instead deeply embedded in the arrogance of the industry insiders. When Kangana spoke her mind, nobody could digest the fact that a woman so outspokenly expressed her opinion. We all are as a society afraid of an independent, liberated and outspoken woman. More so if she's an "outsider" and challenging the status quo. She immediately then becomes a symbol of arrogance and will be heavily criticised for her "unacceptable" conduct. There is hence no doubt that while there might be widespread support from fans, the majority of the industry will gang up to prove the person wrong and show them their position.

That's exactly why it becomes more important for the star kids to speak up and come out in support of their colleagues who were not born into the industry. Star kids have been entitled to privileges which millions others dreaming of becoming actors in this country haven't. It ranges to so many factors. But the recent comments by a bunch of star kids haven't been very encouraging. But they cannot be entirely blamed. Privilege in our industry often deludes people to think that their privilege is natural. They believe that whatever happens to them happens because that is how things are supposed to be. That's precisely why it becomes very difficult for them to imagine a world where they are stripped of this privilege.

No one is denying the fact that star kids also need to work hard and earn their stardom. But what is fundamentally different is the number of opportunities which are passed on to them even if they keep failing. Just the argument that they aren't starring in films produced or directed by their parents isn't enough. A star kid is more likely to be spotted and pushed into the business even if they haven't learned the craft. The single most important thing which they have and others don't is access. And it's an industry where contacts and access pave the way to most work. Their social positioning comes as a great asset. Of course talent is important, but that's certainly not all that's needed to have a breakthrough.

What makes nepotism more troubling are favouritism and the monopoly that certain producers/directors/production houses hold over the industry.

However, the problem doesn't end there. Star kids become easy targets in nepotism debates but it goes deeper. What makes nepotism more troubling are favouritism and the monopoly that certain producers/directors/production houses hold over the industry. They can literally make or break a person's career, whether it's a star kid or an outsider. If you're on the right side of the fence, you'll always be pushed. For example, a YRF Talent will always be pushed aggressively in their films and commercials irrespective of their prior success or failure. Even for bigger stars, favouritism plays a big role. If you look at Siddharth Malhotra's filmography, out of the six films that he has done, five are with Dharma Productions, with whom he made his debut. Out of two of his upcoming films, one is again with the same production house. This despite his last two major releases with them not working well at the box office.

We all know that there are big camps in Bollywood and everybody tries to fit into one of those. It's very rarely that you find a star kid like Alia Bhatt who constantly delivers stellar performances both in commercial as well as critical genres. However, those who don't deliver are still pushed. Recently when a well-known star kid was launched in a big budget movie by a renowned director, he was paired opposite a new face too. The movie was a disaster at the box office. But despite that while he has bagged two movies where he's playing a lead, the other actor is still awaiting good roles to come her way. Last year, in one of the most prestigious award functions, contrary to expectations, the best debut award went to a star kid instead of the actor who gave a breakthrough performance in his debut. If this doesn't scream of favouritism and nepotism, what does?

Last year... the best debut award went to a star kid instead of the actor who gave a breakthrough performance... If this doesn't scream of favouritism and nepotism, what does?

Having said that, all that glitters isn't gold. When you come with the baggage of privilege, the stakes are higher. More often than not, star kids go through intense scrutiny. They're expected to be perfect and the expectations from them are sky high. Even before they can make a mark, they're expected to deliver. When they're put to the Friday test, everyone expects them to translate into stars overnight. They're trained to become stars not actors. This often leads to them lacking in the craft and instead focusing on becoming the quintessential Bollywood actor. A lot of times, it's these very star kids who embrace outsiders and even promote them to a great extent. In a recent interview to Scroll.in, actor Swara Bhaskar was quoted saying, "Industry kids have been nicer to me than some snobbish outsiders." She was mainly referring to her close friend, Sonam Kapoor who also comes from an influential Bollywood family.

But all isn't as gloomy in tinsel town as it may sound. Every now and then, outsiders come and make a mark with their brilliance, whether it's superstars (like Shah Rukh Khan, Deepika Padukone, Anushka Sharma) or those with massive critical acclaim (like Irrfan, Nawazuddin Siddiqui, Manoj Bajpayee). On the other hand, many star kids fade into oblivion despite their so-called promising debuts. And then you have the likes of Alia Bhatt and Varun Dhawan who despite being star kids carve their own paths to stardom. Their craft outshines their privilege. It might take little longer for an outsider, but success comes where it's due. To be a star you need to constantly deliver at the box office as ultimately the audience is the most important judge. 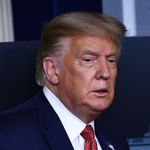 How Divya Spandana Has Turned Around Congress's Social Media Game

The Human Shield Incident Exposes The Failure Of Our Kashmir Policy

This Year's National Award Is An Insult To Akshay Kumar's Talent

Nepotism In Bollywood Goes Beyond Star Kids And Their Silver Spoons