Vishal Dayama is a full-time part-timer who eats slightly uncooked Maggi for a living. Apart from working as a full-time writer with All India Bakchod, he tends to voice his opinions on his not-so-popular blog:thechaddithings.wordpress.com. (his opinions are mostly shite)

Kirat Vohli Is All Set To Break Virat Kohli’s Records

When Virat Kohli made four double centuries in four consecutive test series, little did he realise that the records he is
14/02/2017 1:10 PM IST

What’s With The B-School Bias Against Male Engineers?

After reading about the pollution status of some areas in Delhi on Diwali eve, the government of India took a historic step
02/11/2016 1:00 PM IST

Bob Dylan is all set to publish his first novel to prove to the purists of social media that he deserves the Nobel Prize
13/10/2016 9:01 PM IST

Stop Clicking Photos All The Goddamn Time, You Fools

Clearly, we have never been taught about what to do when we spot an accident victim lying injured on the side of a road. There seem to be no dos and don’ts that we are aware of in such situations. So, I tried to jot down some in case you spot someone crying in pain on the side of the road and it is not just Sonu Nigam singing in a poor man's attire.
17/08/2016 2:37 PM IST

Trump Drops The Abrasiveness, Keeps The Lies In Second Debate 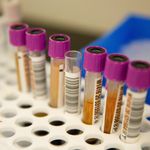