5 Players Who Have Something To Prove In Euro 2016

The bugle has blown! The 2016 UEFA European Championships has just kicked off in France. This time, there are 24 teams (instead of the usual 16) which means more competition, fierce battles and stars who have had great domestic seasons and are now itching to showcase their prowess in front of the world.
14/06/2016 12:43 PM IST

A gurudwara in Buena Park, California, was vandalized days after the San Bernardino shooting. Graffiti sprayed on the walls included the word "Islahm" [sic] and an expletive directed at the ISIS. In the past two months, the number of legal intakes the Sikh Coalition has processed has increased threefold. Now, a new resource known as Report Hate will address harassment and racism directed at Sikhs.
07/03/2016 8:21 AM IST

Mehdi Hasan's Misguided Thanks To Obama For Mosque Speech

I often agree with the opinions of noted journalist Mehdi Hasan, but I was left shaking my head in disbelief when I read his Al Jazeera article, titled "Thank you Obama for your mosque speech." The speech in question had taken place in a Baltimore mosque, and had an effusive Obama lauding Muslims for their contribution in building America.
10/02/2016 8:20 AM IST

I happened to be in Iran when the stampede took place in Saudi Arabia and bodies of the pilgrims were returning to Tehran. There was clear anger and resentment among the Iranians against the Saudi government, and Iran's supreme leader threatened Saudi Arabia with "tough and harsh" retaliation.
12/01/2016 11:38 AM IST

The Canard Of The Shia-Sunni War In The Middle East

Ever since the execution of Shia cleric Sheikh Nimr al-Nimr by Saudi Arabia, the retaliatory attack on the Saudi embassy in Tehran and the subsequent diplomatic and trade cut off between Iran and Saudi Arabia, the media has reported widely on the Shia-Sunni divide. But how relevant is this? Are we really witnessing a Shia-Sunni division in Middle East?
11/01/2016 1:08 PM IST

The execution of a top Shia cleric Sheikh Nimr al-Nimr on 2 January has provoked a backlash against the Saudi government, ripples of which were also felt in India as Shia Muslims across the country staged demonstrations against the kingdom.
06/01/2016 1:59 PM IST

Ripples from the unrest in Nigeria are being felt in India, as Indian Shias across cities staged demonstrations against the Nigerian government for the alleged killing of hundreds of Shias and illegal arrest of Sheikh Ibrahim Zakzaky, one of the country's top Shia clerics and founder of the Islamic Movement in Nigeria (IMS).
18/12/2015 8:23 AM IST

‘Islamic Terror' And The Hypocrisy of The BJP

Recently, Union Home Minister Rajnath Singh in a press conference said, "Terror has no religion, 'Hindu terror', coined by UPA, weakened India's stand on terrorism." Yet in 2014, the same minister, who so vociferously stated that religion and terror could not be conflated, spoke at length on the scourge of "Islamic terror" while addressing a meet of DGPs and IGPs.
08/08/2015 1:17 AM IST

A Glimpse Into The ‘Toilet Class' Of The Indian Railways

In the 2015 Railway Budget, Railway Minister Suresh Prabhu announced ambitious plans to introduce high-speed and bullet trains in the country, equipped with bio-toilets and airplane-style vacuum facilities. And perhaps toilets are indeed where some attention should be paid considering that many passengers spend the entirety of their journey there.
09/07/2015 8:27 AM IST

Let's Face The Truth: India IS Unsafe For Women

India talks about empowering women. After all, hasn't this country seen countless women in positions of power, including in the chairs of prime minister, president and chief minister? The truth, though, is that these women are in no way the norm. According to a survey by Thompson and Reuters in 2011, India is perceived as the <em>fourth</em> most dangerous place in the world for women. This should not surprise any of us who live here.
22/04/2015 8:10 AM IST

Kumar-Mahela: The End Of A Legendary Partnership

Sri Lanka's reigning batting legends, Kumar Sangakkara and Mahela Jayawardene, have played together for almost 15 years and tasted victory many times, but it is the end of an era and the selectors have a hard job ahead of them.
02/04/2015 8:12 AM IST

The skies grew darker, there were droplets in the air and everyone in the stadium could sense rain as Gayle reached his 100 in 105 balls. And then amidst those dark clouds, the giant rose from his slumber and started a storm that electrified Manuka Oval.
03/03/2015 8:09 AM IST

When Indian cricketer Yuvraj Singh went under the hammer for Rs 16 crore at the auctions of the Indian Premier League's season 8, he broke his own record and became the most expensive buy in the history of the tournament. A fact that is not so well known is that he also commanded 20 times more than Subrata Pal, the most expensive domestic footballer in the Indian Super League 2014.
26/02/2015 8:15 AM IST

India vs. Pakistan: A Match Made In Heaven And Hell

Having fought three major wars and having been pitted several times against each other in cricket's biggest competition - the World Cup - India and Pakistan haven't lost their zeal to bring down the other. It is almost a matter of life or death for the teams. The tension on the field is palpable, and it is not unusual for a verbal missile or two to fly by.
14/02/2015 8:42 AM IST

Learning The ABD Of Cricket

For most cricket fans AB de Villiers is the complete dictionary of cricket. Is there any shot in the coaching manual that he cannot play? Or rather, how many shots from the de Villiers batting handbook are mentioned in the cricket coaching manual?
31/01/2015 8:21 AM IST

Who Needs Superheroes When There is Cristiano Ronaldo

Ronaldo is for sure a legend. He has achieved all there is to achieve in club football. But still the hunger in him grows with every game. At International level, Ronaldo will be hoping to make some amends--a European glory in 2016 and a FIFA World Cup victory in 2018, can cap off one of the most glittering careers in the history of the game.
13/01/2015 11:46 AM IST

A Preview Of the Ballon d'Or Finalists

Its just a few days for the announcement of the FIFA Ballon d'Or award, and already the speculations are heating up among the fans of Cristiano Ronaldo and Lionel Messi, as no other player apart from them have won the award since 2008.
10/01/2015 11:53 AM IST

Infusion Of Technology Viable In Cricket?

A number of decisions in the ongoing Border-Gavaskar series have once again raised the eyebrows of many experts regarding Board of Cricket Control for India's (BCCI) continued opposition to use the Decision Review System (DRS).
07/01/2015 8:19 AM IST 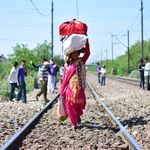 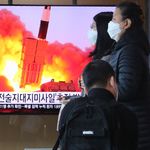