Rituparna is the front page editor for HuffPost India.

The last Google Doodle of 2014 paid tribute to India’s Mars Orbiter mission along with other significant milestones this
31/12/2014 9:30 AM IST

Widespread protests have swept the nation against Aamir Khan's latest film 'PK' that took a stand against organsied religion
31/12/2014 7:59 AM IST

The Facts Behind Subramanian Swamy's Terror Allegation About PK

Will A PDP-Congress-NC 'Grand Alliance' Work In Jammu & Kashmir?

SRINAGAR – Here’s conclusive proof that there are no lasting enemies in politics. The People’s Democratic Party is toying
30/12/2014 10:02 AM IST

WASHINGTON - A technology company founded by an Indian-American at the age of 19 has emerged as the largest online seller
30/12/2014 8:55 AM IST

An AirAsia plane with 162 people on board disappeared on Sunday while flying over the Java Sea after taking off from Indonesia's
28/12/2014 3:12 PM IST

Sunil Gavaskar: I Regret My Act Of Dissent In 1981

10 Years Of Boxing Day Tsunami: My Memories Of Reporting From Tamil Nadu

A mother refused the food offered to her at the Killai relief camp, just off the MGR Thittu island, about 40 kms from Cuddalore
26/12/2014 7:56 AM IST 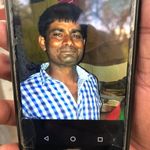