Sometimes it takes a disaster for us to pay attention.

I remember waking up on 12 December, 2013. It was a cold British morning. I was on a pointless IT mission and I woke up, freezing my balls off, to a few messages from my friends back in India about something called Section 377 and the fact that when I went back, I'd instantly be a criminal.

As someone who didn't even know what Section 377 was until then, I was shocked and worried.

From that day on, I started paying attention. I started educating myself. I learned more about the L, the B, the T and everything else on the rainbow. In a way, that verdict started discussions and debates and awareness across the country, where there was usually little. So as crazy as it may sound, maybe the Supreme Court achieved something positive with their ridiculous verdict.

There have been so many disasters since then, from the ridiculous anti-LGBT laws in Russia and Nigeria to the recent shooting attack in Orlando.

Having an Independent Expert dedicated to LGBT issues comes with many benefits... they'll be able to talk sense into governments who refuse to listen to their own people.

Yet, there are some glimmers of hope. It looks like the LGBTQ community has got some serious attention on an international level and now there's a chance of putting an end to the discrimination worldwide.

So here's what's happening: six Latin American nations -- Argentina, Brazil, Chile, Colombia, Mexico and Uruguay -- together have proposed the creation of the post of a UN Independent Expert, whose job it will be to address human rights violations on the basis of sexual orientation and gender identity. This expert will answer to United Nations Human Rights Council (UNHRC), which consists of 47 countries. The vote on whether this post will be instituted happens today, 30 June, 2016.

But what's the benefit of having this UN Independent Expert, you ask?

Let me explain. The UNHRC has something called "UN Special Procedures", which are created to bring sustained attention to human rights violations on various grounds. These can take the form of a Special Rapporteur, an Independent Expert or Working Group comprising several experts who report to the UNHRC. They are basically like the Order of the Phoenix. Except this is not a secret thing and they are not fighting Voldemort. Unless "Voldemort" is what we can call all the human rights violations of the muggle world.

So considering what's been going on in terms of violence and discrimination based on sexual orientation or gender identity -- in a way that "threatens" the "world order"-- it only makes sense that there's a Special Procedure for LGBT individuals as well. In this case, it's going to be an Independent Expert.

What it means for us is that we can contact the Independent Expert directly as activists or NGOs... without putting all our hopes in our laws or government.

Having an Independent Expert dedicated to LGBT issues comes with a lot of benefits. They monitor and report any violations to the UNHRC regularly, raise awareness with the governments, promote good practices and positive reforms. Basically they'll be able to talk sense into some governments who refuse to listen to their own people. And if they don't listen, the UN can take action, which, let's be real, isn't really threatening. But it is embarrassing!

What it means for us is that we can contact the Independent Expert directly as activists or NGOs to report any violations, without putting all our hopes in our laws or government.

One of the greatest ironies of all time is that our great sanskari nation is also a member of the UNHRC. A proud member that voted against the UN Secretary-General's decision to extend marriage benefits to LGBT couples, joining hands with Russia, Saudi Arabia, China and Pakistan, last year. Meanwhile, our small-yet-sensible neighbours -- Sri Lanka, Nepal and Bhutan -- voted in favour of the Secretary-General's decision and looked at us with pity!

Let me also remind you about the time when our great sanskari nation abstained from voting on another resolution against LGBT discrimination that was passed by the UN General Assembly in September 2014.

These actions, along with the existence of Sectionb377 in its current form, make you wonder how India even became a part of UNHRC. But it is. It's important to watch what our representatives do when the new resolution is discussed and put up for voting at the UNHRC convention in Geneva.

In a country where everyone cares so much about "image", one can at least hope that the government might consider avoiding a global embarrassment.

In a country where everyone cares so much about standing ovations by foreign audiences and the "image" (ahem, BBC documentary... ahem ahem), one can at least hope that the government might consider avoiding a global embarrassment.

So let's hope, for the sake of the millions of LGBTQIA individuals among us that our country will support the resolution this week.

**Update: The voting is done in UNHRC and the resolution is passed and a UN Independent Expert will soon be created to address issues related to sexual orientation and gender identity. And guess what? India abstained from voting. Big surprise!

This article was first published on The Millennial Introvert

Something Big Is Happening Today For LGBTQI People... But What Will India Do?
1 / 25
These Women Promote Body Positivity In The Most Kickass Way
1 / 25
MORE: lgbt Section 377 unhrc United Nations
💬 Comments 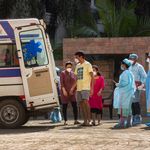 Sexuality And Consent For Dummies

Something Big Is Happening Today For LGBTQI People... But What Will India Do?

Orlando And The Unmentionability Trap

Screw Geometry, Let's Teach Our Kids How To Count Their Money First