By now, the whole world has been shaken by the massacre at Holey Artisan Bakery in Dhaka, Bangladesh. This is not a chronicle of the death toll or the supposedly successful operation by the Bangladesh Army Commandos; rather, this one is about the press. Just for completeness, 28 people were killed in the attack, including two decorated policemen and the six perpetrators. This was the first time a domestic threat called for nine tanks from the military; images of these are all over the internet at this point of time.

The Bangladeshi Prime Minister criticized the media coverage of the attack and hinted that she had noted which channels were asking nosy questions.

So, how did all this information disseminate, from the local TV channels to the likes of CNN? Yes, the reporters. In fact, the local daily The Daily Star, the Indian newspaper The Indian Express, the UK's The Telegraph and even a Reddit thread published live minute-by-minute updates on the situation as it unfolded. Their prize? A wave of backlash in social media, as well as from the state and analysts. Let us dissect this.

Almost all the Bangladeshi TV channels, save the state-owned BTV, were on site during the entire ordeal. Every reporter spent a sleepless night -- which is not very unusual in this line of work. They asked nosy questions of the law enforcement officers -- which apparently is their job description.

"What are your plans now?"

"Do they have bombs?"

"How many (people) are inside?"

"Why is not the army here yet?"

These are extremely relevant questions, but the backlash came just because they were asked.

It is true that in a sensitive situation like this, a level of secrecy needed to be maintained by the police, army and the elite rapid action battalion (RAB) of Bangladesh. It is not expected that the law enforcement personnel divulge their complete game-plan to the press. But were these questions incongruous?

The many who are sharing stories about the irresponsibility of the media are perhaps not mindful of the hypocrisy of it. We are fine with seeing minute-by-minute updates of football games, but not when families are worried sick? CNN, Al-Jazeera and most international outlets had covered the Paris attacks and Boston bombing in exactly the same fashion, yet when it hits close to home, we are ready to criticize.

Initially, there was no news of explosive, yet reporters stood there, in the middle of the night, risking their lives. Then the explosives were confirmed.

The Bangladeshi Prime Minister criticized the media coverage of the attack and hinted that she had noted which channels were asking nosy questions. This does not exactly reflect the Journalist Welfare Trust Act of 2014 enacted by the same parliament.

What about freedom of the press? As it is, we are not exactly champions of freedom of expression, as is obvious given the murders of secular bloggers and journalists in recent years. When journalist couple -- Sagar and Runi -- were murdered, the government had announced a guarantee that the killers would be identified within two days. That was in 2011. I will leave it to the readers do the math.

When dissemination of information serves a purpose that is conducive to society, refraining from doing so is indeed a crime.

During my time at Columbia Graduate School of Journalism, the veteran journalist Alisa Solomon, who specializes in media ethics, said, "Your first obligation is to the truth." Not people -- truth! Of course, this does not mean putting human lives at risk, but when dissemination of information serves a purpose that is conducive to society, refraining from doing so is indeed a crime.

At the time of writing, it is still unclear whether the massacre in Dhaka was the work of ISIS or local militants. As long as civil society scoffs at the media for doing their job of asking uncomfortable questions, the answer may remain untold. 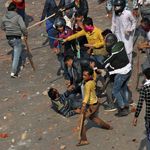 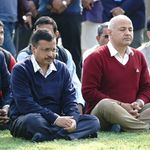 Was The Media Cavalier In Its Coverage Of The Dhaka Massacre?

A Sweet Iftar Morsel From Dhaka

Faces Of The Bangladeshi Economy