The Paris Agreement on climate change, adopted on 12 December 2015, is one of the landmark decisions of our time. It reflects a monumental triumph of international cooperation and global governance. As is well known, its effective implementation is crucial to the very future of the planet and the human species.

The Agreement's fundamental objective as per article 2 (1) (a) is to hold the increase in the global average temperature to "well below 2 °C above pre-industrial levels and to pursue efforts to limit the temperature increase to 1.5 °C above pre-industrial levels." Achieving this goal will require a major shift away from the fossil fuel-based economies of today to a more sustainable and green economy. Such a transition, needless to say, will be enormously expensive.

How will this vast amount of money be mobilised? Broadly speaking from four sources of funding:

Of these, the main source will be public funds. This is recognised in the Agreement itself and article 9 (3) states that "developed country Parties should continue to take the lead in mobilizing climate finance from a wide variety of sources, instruments and channels, noting the significant role of public funds." Public funds are essentially raised through taxation by the government.

It is here that an ongoing reform effort at the United Nations must be brought into the picture -- the campaign for an intergovernmental tax committee. Presently norms of global taxation, such as agreements on double taxation avoidance or transfer pricing, are decided de facto by the Organisation for Economic Co-operation and Development (OECD). This is a grouping of 34 of the world's richest countries and includes the US, UK, France and Japan. These countries set norms that are applicable to the developing world although the latter have no say in making them.

Needless to say it is a system that is skewed in favour of those who make the rules. According to a senior adviser on Finance and Development at the South Centre in Geneva, the rules of the current tax system are three times more expensive for non-OECD countries. Further, developing countries face huge revenue losses as they are forced to provide tax breaks and incentives in order to attract investments from MNCs, many of which are based in the OECD countries. The scale of loss is enormous with annual global estimates ranging from $100 billion to $1 trillion.

[A] campaign has begun in the developing world demanding that the seat of international tax norm-setting shift from the opaque and non-representative OECD to the United Nations (UN).

Thus a campaign has begun in the developing world demanding that the seat of international tax norm-setting shift from the opaque and non-representative OECD to the United Nations (UN). India was among the first countries to raise this demand, asking in 2010 that the UN Committee of Experts on International Cooperation in Tax Matters be upgraded into an inter-governmental committee with balanced representation from the governments of developing and developed countries.

Such a committee, if created, would revolutionise the international taxation system. The European Network on Debt and Development has listed some reasons for its creation:

1. It would be a key step towards a coherent global tax system, free of the complexity and inconsistencies that exist today among the thousands of bilateral tax treaties and parallel systems.

2. It would enable stronger cooperation and coherence between tax administrations.

3. It would provide a framework out of the competitive 'death spiral' of tax incentives which poor/developing countries are forced to offer.

5. Fair and coordinated global action can be taken against tax havens as compared to the current ineffective method of blacklisting.

6. More effective implementation of tax standards and norms. No government will feel obliged to implement agreements it feels were imposed upon it, as the present OECD rules are. The UN is the sole globally representative body and as all countries will be part of the decision making process the rules framed will have more legitimacy and hence stand to be better implemented.

8. It would enable the creation of a true 'level playing field' where all governments can commit to a coordinated, fair and transparent global taxation system without fear that business will shift to another country that offers incentives. This would be fair on both governments as well as market forces and would reduce oligopolistic tendencies.

[T]he rich countries succeeded in stifling the demand... Nevertheless this is only a minor setback and global opinion has moved a big step forward towards the need for such a body.

These measures would significantly boost the overall global economy resulting in much higher and much fairer tax collection where even developing countries can justly raise their share. It is thus an essential institution for raising the public funds necessary for implementing the Paris Agreement.

There are two other reasons why an intergovernmental tax committee is necessary with regard to the Agreement. The first reason is that presently it is unclear as to what is the specific financial mechanism that will account for the funds transferred to countries, especially developing and least developed ones. Paragraph 58 and Articles 9 (7) and 13 (13) of the Agreement state that by COP 24 (to be held in 2018) a system has to be developed that accounts for the financial resources provided and mobilised through public interventions. Again, as the key term here is public, the question of taxation is involved and an intergovernmental tax committee can be either the main forum for negotiations on the mechanism in the prelude to COP 24 or supplement whichever forum is selected, such as the Standing Committee on Finance under the UNFCCC.

The second reason is that sources of funding under the "alternative" category can be explored. These involve innovative sources such as carbon taxes, international bunker fuel taxes, levies on international currency transactions and so on. The moot point here is that almost all of these sources involve taxation and that is another reason why an intergovernmental tax committee must be created so they can be explored further.

These sources would not be mobilised exclusively for the Paris Agreement nor are they likely to be temporary measures. They are serious and major additions to the global taxation system and so all countries must be part of such a discussion, not just the parties to the Paris Agreement. These discussions might even involve the UN's Economic and Social Council (ECOSOC) in order for a consensus to be achieved.

The proposed intergovernmental tax committee, even in its existing form as the UN Committee of Experts on International Cooperation in Tax Matters, already has close linkages with the ECOSOC. From time to time a "Special Meeting on International Cooperation on Tax Matters" is held between the Committee and ECOSOC. Thus once upgraded into an intergovernmental committee, it would be an ideal forum for discussing various "alternative" sources of financing for the Paris Agreement.

If carried through, it would fundamentally change the nature of global economic governance and India would enter the annals of history for its key role in this watershed reform.

There already is overwhelming support for an intergovernmental tax committee. In the run-up to COP 21 (meeting where the Paris Agreement was adopted), a meeting was held in Addis Ababa, Ethiopia, on Financing for Development where ways and means of funding the Paris Agreement were discussed. India and Brazil led the G-77+China (a total of 136 countries) in demanding that the UN Committee of Experts on International Cooperation in Tax Matters be upgraded into an intergovernmental tax committee. However the rich countries succeeded in stifling the demand and keeping its mention out of the final outcome declaration. Nevertheless this is only a minor setback and global opinion has moved a big step forward towards the need for such a body. India must thus continue in its role as a champion of the developing world and strongly press for its creation.

Ultimately this decision will be taken in the ECOSOC in the form a resolution passed by it. As per article 67 (2) of the UN Charter and Rule 60 (1) of the ECOSOC's Rules of Procedure decisions are taken by a majority of members present and voting. Given that the ECOSOC currently has a preponderance of membership from the developing world including the G-77, support for such a resolution would be high and with appropriate strategic mobilisation could even be passed. If carried through, it would fundamentally change the nature of global economic governance and India would enter the annals of history for its key role in this watershed reform.

Delhi Riots: How A Sikh Hero Transported Dozens Of Muslim Neighbours To Safety

In First Speech After Delhi Riots, Amit Shah Blames Congress, Has No Words For Victims 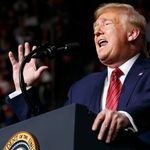 'All This Happened Under Police’s Nose': Chand Bagh Residents Struggle To Comprehend Violence