NEW DELHI--In an order pronounced this week on a petition relating to the refusal of a domicile certificate to an army recruit, a judge in the Meghalaya high court said that India should have been declared a Hindu country after Partition as it was "divided on the basis of religion".

"Pakistan declared themselves as an Islamic country and India since (sic.) was divided on the basis of religion should have also been declared as a Hindu country but it remained as a secular country," Justice S R Sen wrote in an order dated 10 December.

Bar and Bench reported on the order, in which the court has also urged Prime Minister Narendra Modi, Home Minister Rajnath Singh, Law Minister Ravi Shankar Prasad and MPs to pass a law that allows Hindus, Sikhs, Jains, Buddhists, Parsis, Christians, Khasis, Jaintias and Garos who came to India from Pakistan, Bangladesh and Afghanistan to be given Indian citizenship.

"I request our beloved Prime Minister, Home Minister, Law Minister and Hon'ble Members of the Parliament to bring a law to allow the Hindus, Sikhs, Jains, Buddhist, Parsis, Christians, Khasis, Jaintias and Garos who have come from Pakistan, Bangladesh and Afghanistan to live in this country peacefully and with full dignity without making any cut off year and be given citizenship without any question or production of any documents. Similar principle should be taken to those who live in Pakistan, Bangladesh and Afghanistan. They may be allowed to come at any point of time to settle in India and Government may provide rehabilitation properly and declare them citizens of India."

The judgement was in response to a petition relating to the refusal of Domicile Certificate to an army recruit, according to LiveLaw. Justice Sen himself made the following observation about it in the order, "The issue here is refusal of granting Domicile Certificate to the petitioner. I feel the difficulties faced by the residents to get the Domicile Certificate and the Permanent Residence Certificate have become a great issue today which will have to be examined since the inception of India (Bharat Barsh). Therefore, I am of the view and that I will fail in my duty if I do not project the original India and its partition."

The judge has directed that the text of the order be sent to Modi and West Bengal Chief Minister Mamata Banerjee, among others.

10 Songs To Remember SP Balasubrahmanyam By

Netflix Boss Responds To The Qs We'Ve All Had: Why Is Some Of Its India Content Terrible?

Here's What To Do If Someone Sneezes Or Coughs Near You

What The 2020 Bihar Election Means For Nitish Kumar, BJP And the Grand Alliance 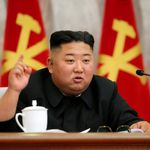