BENGALURU — Weeks after HuffPost India's report on IRCTC looking to monetise passenger data, the former Railway Minister, MP Dinesh Trivedi raised the matter in parliament, bringing it up as a threat to privacy. The AITMC MP raised the issue in the Lok Sabha, and asked the government to "look into the matter" on an urgent basis.

"The government is reassessing the disinvestment of IRCTC because it wants to tap private data of individuals. This is the first time a government department is attempting to sell private data," said Trivedi.

Speaking to HuffPost India, Trivedi said that he had raised the issue in the hopes that the government takes privacy seriously, though he expressed some skepticism on whether the government would take action.

The MP also compared the use of IRCTC's data with Facebook and WhatsApp compromising user privacy. "The government is planning to do the same thing for which it penalised Facebook," Trivedi said.

"IRCTC is a treasure trove. Indian Railways has the biggest database in the world. Privacy of Indian citizens must be protected. Also, I hope that Supreme Court is also looking into the matter as Aadhar issue is still at the hearing stage," Trivedi said in parliament.

As reported earlier, the IRCTC website is the biggest e-commerce platform in India, issuing around 700,000 tickets a day, on average. It has over 100 terabytes of passenger data, as noted in 2016 by the then-Railway Minister, Suresh Prabhu, and officials are looking at ways to use your personal data to collaborate with companies like Ola and Uber. 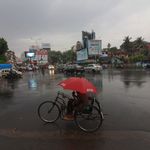