I thought my friend was being neurotic last month when she texted me: “I’m going to move half my eggs to Reno, you should, too.”

She was thinking about moving some of her frozen eggs to another state after learning that an issue at an Ohio fertility clinic had ruined about 2,000 eggs and embryos.

I told her I thought I remembered hearing about a car accident involving a transport truck that had led to embryos going splat all over the freeway.

Less than 12 hours later, I received an email from Pacific Fertility Clinic in San Francisco. It was the first one the clinic had sent me since I’d gone in for my egg-freezing procedure the year before. Subject: “Important Confidential Message.”

The email reported there had been a tank malfunction but said in bold letters that my tissue had been unaffected. Others, though, hadn’t been so lucky. The message was clear: I had not come up with an infallible insurance policy.

My friend quickly started organizing the transfer. But my resolve was the same. I would leave it to fate.

I had done the egg-freezing procedure as a hedge. At 34, I was single, still trying to figure out what to do with my life, and prone to taking faraway trips with one week notice. I was an adult — a real live grown-up — but I didn’t feel like one. And when I thought of children, of the possibility of my own, the idea seemed so foreign, like something for the future, for when I did grow up. Maybe. I just didn’t know.

But babies were all around me. My Facebook feed was not full of announcements of friends having baby No. 1, but No. 2. And I had just become an aunt. My younger brother and sister both had little girls. Now it was even more common for strangers to see me with my siblings and assume I, the eldest, was the youngest.

My friends all had their own opinions about my ambivalence over being a mother. Amber told me I could change my mind. I might just wake up one day with baby fever, as if a switch had been turned — that’s what had happened to her. Rachel told me it was dependent on me meeting the right guy. And Melissa simply cooed: “You have to have a child. I have never known a love like the love I have for my daughter.”

If what my friend said came true and I did wake up with baby fever one day, I didn’t want to look back and realize I had said no to something that would have increased my odds. I called the clinic and put down my deposit.

My friends in their mid-40s had a different response. Over the course of a month, I had three pull me aside separately to say the same thing.

“You need to freeze your eggs,” they told me as they clutched my arm. “I should have done it.”

And then, on my 35th birthday, a switch did go off, not the I suddenly want to procreate one, but another one, the one where I realized time was ticking quickly. I suddenly felt frantic. My fertility was in decline.

The rate of that decline might be debatable, but it was irrefutable that it would become harder to conceive as I got older. There was a time limit to how long I could be wishy-washy. Being undecided about children might be OK for now, but at some point in the not-too-distant future, nature would decide for me. I would no longer be able to get pregnant.

I swiped on Tinder with a new seriousness. On my next coffee date, I found myself wondering not whether I should go on a second date with him, but if he would be a good father to the children I was unsure I wanted to have. When I got home, I felt sick. I had been ignoring my own feelings of attraction because I suddenly felt the pressure of a timeline.

And so, one week later, in a rush to regain some feeling of control, I was in the Pacific Fertility Clinic, seated across from a doctor in a white coat who was sketching out a graph and describing one axis as age and the other as fertility.

“At 35, you are here,” he said marking an X slightly below the halfway point of a sloping line.

Minutes later, in the ultrasound room, my legs were spread open and both the doctor and I had our eyes fixed on a monitor on the wall.

“Wow, your uterine lining is quite lush,” he said. My eyebrows raised. “The uterus can be a hospitable place almost forever. But the eggs, they just don’t last.”

He was counting under his breath. “I see 13 here.” He poked the ultrasound wand around some more. “Wow, 27 egg sacks — really a lot for someone your age.”

And then I asked him about the reason I was there.

Instead of the quick definitive “yes” I wanted, he explained that freezing wasn’t a panacea. Five or six eggs often result in only one viable embryo, and then there were the risks of implantation. It didn’t always take.

It wasn’t exactly what I wanted to hear. I wanted to believe that freezing my eggs meant simply stopping time and restarting it whenever I felt like it. A magical pause button. A superhero power. Complete control.

When I got home and started googling, I saw that the doctor, of course, was right. For women my age, less than half of egg-retrieval cycles result in a child being born, according to aggregated data from the Society for Assisted Reproductive Technology. This was far from a sure thing.

But as I sat there in front of charts and statistics, debating signing up, I realized that pregnancy had never been and could never be a guarantee. Freezing my eggs would not suddenly give me control over something I never had control over to begin with: my fertility.

I wanted to believe that freezing my eggs meant simply stopping time and restarting it whenever I felt like it. A magical pause button. A superhero power. Complete control.

Technology could not suddenly render an uncertain world certain, but egg freezing would give me more of a chance. If what my friend said came true and I did wake up with baby fever one day, I didn’t want to look back and realize I had said no to something that would have increased my odds. I called the clinic and put down my deposit.

Two months and tens of shots later, in a procedure that lasted less than half an hour, they extracted 24 viable eggs from me. It was a good number and gave me a solid shot for a baby in the future.

Around the same time, I started dating someone new. And I enjoyed him without trying to fit him into some hypothetical future. It got serious. He wanted to marry me and have children together, move to the suburbs. I still wasn’t sure. But because those 24 eggs were frozen, I felt no pressure even as another birthday came. I could continue to honor how I felt — undecided — and not try to force anything.

And that’s why I froze my eggs — to relieve my own anxiety that could have led me to try to make a relationship work that wasn’t right or increase the pace of something that was meant to develop slowly, anxiety that might have kept me at home husband-hunting instead of going off to have a whirlwind travel romance that would never turn into anything more. I wanted the freedom to allow my life to unfold in its own time.

The tank malfunction last month was only a reminder that nothing is a sure thing, even if I’ve taken steps to increase my options. My friend moving some of her eggs to a separate storage facility was probably a wise move. Another hedge.

But I know that if I start trying to control for every possible thing that could go wrong, it could turn into a desperate ― and, more importantly, futile ― spiral.

A month ago, my boyfriend and I split. The breakup had nothing to do with children, but it had always been a stark difference between us. He was certain he wanted to have babies with me. I didn’t know if I wanted them, not just with him, but with anyone.

And now, as I write this, I am still completely ambivalent. In this strange middle space as time — and my fertility — pass.

But part of this whole process — this growing up, this contemplating of raising little beings in this world — is about realizing the limits of my control. There is nothing, no intervention, no technology, that can ensure my future will end up exactly as I want or expect. At a certain point, I just have to let go. 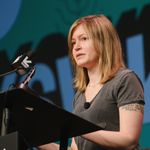