SHAHJAHANPUR -- A high school student was beaten up by Hindu Yuva Vahini activists in Shahjahanpur for allegedly posting derogatory comments on a religious picture on social media, police said.

HYV activists had uploaded a picture of a Hindu god on a social media site, on which the student from another community allegedly posted derogatory comments, said Allahaganj police station in-charge Ashotosh Singh.

Infuriated over the incident, HYV activists caught hold of the student in a market and beat him up yesterday, Singh said, adding that the student has been arrested on the basis of an FIR filed in this connection on Wednesday.

Investigations are on in the case, he said. 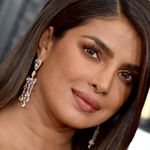