Petrol bunkers across the country have announced that they will not accept plastic money starting 9 Jan in protest against a one per cent levy plus taxes on all transactions made through debit and credit cards, prompting harried consumers rush to fuel outlets.

The association received an intimation from banks that a Merchant Discount Rate of one per cent will be levied on all transactions done at the retail fuel outlets from 9 January.

In his statement, Bansal also claimed that "credit card machine issuers are delaying settlements and not settling the entire dues as per our settlements".

However, which would come as a relief petrol bunks will accept prepaid wallets like PayTM and the government's own BHIM app as long as there is no charge for every single transaction.

"We are operating on a very thin margin. We cannot afford this deduction. Hence we have no other go than stop accepting debit and credit cards," Bansal said.

He said the petroleum dealers are in favour of Central Government's move towards cashless transactions. "But we cannot afford to pay from our margin. We want our profit margin intact," he said.

Oil ministry officials in Delhi said that they were unaware of the move to levy MDR by the banks. According to a report in the Times of India, the ministry has also asked them to put off the levy till a system of compensating the petrol pump owners is in place. 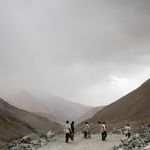