Norwegian prime minister Erna Solberg was caught in the act of trying to catch them all.

News photographers captured Solberg playing Pokemon Go on Tuesday while listening to a heated debate at the Storting, Norway’s parliament.

Back in August, Solberg even took some time off from a state visit to Slovakia to hunt for Pokemon on the streets of Bratislava, according to TheLocal.No.

Her decision to play Pokemon Go during a debate might seem rude, but it seems the game’s popularity crosses some Norwegian political lines.

Grande had just finished asking a question when her attention switched to the app.

When reporters for VG, a Norwegian news website, asked Grande to comment on her multitasking, she explained that some people “have heads that listen better when doing something brain dead.”

Storyful.com contributed to this report. 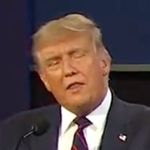