A man believed to have opened fire with a rifle at a Washington state mall, killing five people, was captured on Saturday, one day after the attack, authorities said.

Washington State Patrol spokesman Keith Leary said in a phone interview that the suspect was taken into custody but declined to immediately release more details.

Seattle television station KOMO reported on Twitter that the suspect had been captured in Oak Harbor, a community about 30 miles (48 km) southwest of Burlington where the mall shooting occurred on Friday.

Washington state police officials said in messages on Twitter that authorities would hold a news conference to provide further details about the arrest.

The shooter disappeared under the cover of darkness at the Cascade Mall on Friday, authorities said.

The suspect, whose name has not been released, is believed to have entered the mall in Burlington, around 65 miles (105 km) north of Seattle, and began shooting at about 7 p.m. local time on Friday in the cosmetics section of a Macy’s department store, police said.

He initially walked into the shopping center without the rifle but surveillance video later caught him brandishing the weapon, said Lieutenant Chris Cammock of the Mount Vernon Police Department at a briefing on Saturday. 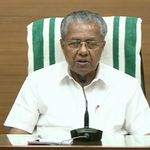