The government may introduce a tax-exempt pension scheme for the high-income group, providing payouts for people who would otherwise not have received pension benefits upon retirement.

According to an Economic Timesreport, the move is part of the government's drive to create a pensioned society.

"We are thinking of coming up with an all-new pension scheme for higher income group of people who do not otherwise save in any pension fund and therefore are often devoid of any retirement benefits after the age of 60 years," a government official told ET.

According to the ET report, which cited a senior labour ministry official, the new scheme will fall under the Employees Provident Fund Organisation, which will help it get the 'exempt-exempt-exempt' (EEE) status, which means all contributions, any income on those contributions, as well as withdrawals are tax free. That could make it potentially more attractive than the National Pension System, which doesn't provide similar benefits.

There are an estimated 70 lakh high-income people who don't automatically fall under pension benefits, and are currently allowed to join the Employees' Provident Scheme (EPF) on a voluntary basis. The EPF scheme allows a contribution that is 12 per cent of basic salary and a matching contribution by his employer.

While it's unclear how the scheme aims to define high income earners, under the current tax rules, people earning over Rs 10 lakh annually are deemed as high earners.

India has an urgent need for more social security and retirement-related benefits. Currently, retirement plans include the NPS, EPF, the Public Provident Fund (PPF) and private insurers' provident products among others.

Retirement benefits are largely absent in the informal sector, and for private enterprises, such benefits cover less than eight per cent, according to one report. The biggest pension benefits currently go to employees of the central government. 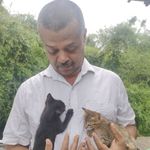