MUMBAI -- With Muslim women groups protesting in favour of their demand, seeking entry into the inner sanctum of Haji Ali Dargah in Mumbai, trustee of the Dargah, Rizwan Merchant on Thursday said that their entry is prohibited in view of their safety which is 'fair and just'.

"A fair and just action has been taken by the trust by not allowing gents and women to mingle together at the inner sanctum of the Dargah for their safety," Merchant told ANI.

"The issue is unnecessarily blown out of proportion. Our sisters are not prohibited or stopped from visiting the Dargah," he added.

"There is a separate corridor and between the corridor and the Dargah, there is a line of those offertory boxes where devotees come and offer what is required to be offered. Behind that particular portion, an area of nearly 150-200 square-feet has been demarcated only for our sisters," he further said.

A Muslim women's rights group is locked in a bitter legal battle with trustees of the Haji Ali Dargah, which barred women's entry into mosque's mausoleum in 2011.

While defending its ban on women, the trust had reportedly said that it was a "grievous sin" as per Islam for women to be in close proximity of the grave of a male Muslim saint.

The Bharatiya Muslim Mahila Andolan (BMMA) has petitioned the Bombay High Court seeking a ruling that the ban is unconstitutional. 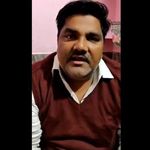