MELBOURNE — Smarter than Einstein and Stephen Hawking! This 12-year-old girl of Indian origin has joined the ranks of Mensa after attaining a higher IQ score than great minds.

Joining the 1 per cent of those who have obtained the highest marks in the exam, British schoolgirl Lydia Sebastian scored the maximum that is 162 in the mental ability test, News.com.au reported.

With this, Sebastian, who completed the 150-question Cattell III B paper that primarily measures verbal reasoning ability during her school holidays, has created a record as the IQ score of Einstein and Hawking were 160.

She said that at first, she was really nervous but once she started, it was much easier than she expected it to be and then she relaxed, adding "I gave it my best shot."

Born to 43-year-old Arun, a radiologist at Colchester General Hospital, and mother Erika Kottiath, who is an associate director at Barclays Bank, Lydia started reading books when she was just a few years old.

Hailing from the south Indian state of Kerala and settled in Langham, Essex in the United Kingdom, Lydia's parents, who are astonished with the achievement of their daughter, said that they really have done nothing special with her as they have fairly laid-back view about education.

Lydia, who is about to start year eight at Colchester County High school for girls, has read all seven Harry Potter books three times and played the violin since aged four.

Lydia, whose favourite subjects include maths and physics, is now applying to join the Mensa society. Her parents, both originally from Kerala in southern India, say she voluntarily does homework until 8.30pm or 9pm. 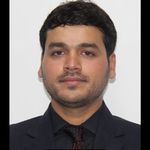 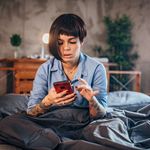 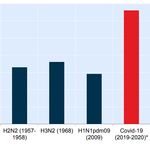