Facebook just went live with Messenger.com on Wednesday, bringing all the features of the standalone messaging app to the browser. The site is only available to English speaking users at present. Facebook users can chat, make video calls, send files, voice messages, and place video calls on the desktop.

According to Recode, the rollout of Messenger.com was a way to keep messaging as the focus, and enable Facebook to build more features into the messaging app, such as peer-to-peer payments and a third-party developer platform.

Unlike WhatsApp, which released a web version earlier this year, the messenger app does not require the app to be installed on your phone.

According to reports, Facebook will soon be rolling out an update that brings deeper integration with WhatsApp , adding the ability to send send messages between the two messaging apps.

Italy Marks A Historic Turning Point in the Pandemic

Is It Safe To Travel In An A/C Train Or Cab? Here’s What Experts Say 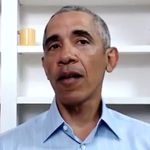